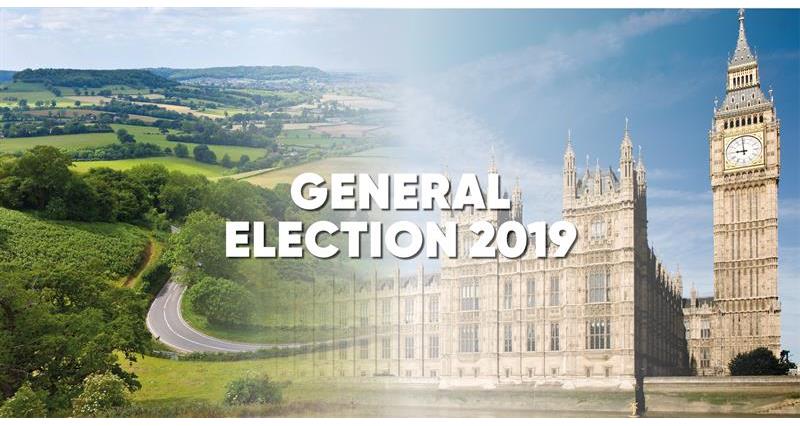 Responding to the General Election result, NFU Cymru President John Davies said: “On behalf of NFU Cymru I want to extend my congratulations to all those MPs who have been elected to Parliament. NFU Cymru is committed to working with them all from the outset to ensure that the importance of food and farming is fully understood and properly valued.

“At NFU Cymru we are ambitious for the sector. We see opportunities to increase our self-sufficiency by producing more high quality food here in Wales, securing new export markets and becoming producers of the most climate friendly food in the world by becoming zero net emitters of greenhouse gases by 2040.  I also want to work with government to look again at the approach taken to the public procurement of food. I would like to get as much domestically produced food as possible into our armed forces, government departments and bodies, with full account taken of the strong sustainability credentials of Welsh agriculture.

“This election result gives the Prime Minister the majority he has been seeking in order to take forward his Brexit plans. Although we are leaving the EU at the end of next month, our departure from the EU in purely legal terms in six weeks’ time does not equate to ‘getting Brexit done’. Leaving the EU at the end of January on the basis of the current withdrawal agreement means we enter a transition period, during which time the government begins the highly complex, and time consuming, process of negotiating the fine details of our future trading relationship with the EU27.

“Wales’ farmers are ambitious and they have the skills and natural resource base from which to rise to meet future challenges, however our departure from the single market must be on the basis of a trading relationship which protects our nearest and most valuable export markets in the EU27. The shape of any trade deal struck with the EU27 will have a huge impact on the viability of Welsh agriculture for years to come, and so this has to be got right.  Equally we must also make absolutely sure that we avoid a situation whereby the transition period elapses without reaching an agreement, and we end up trading with the EU on WTO terms.

“There are also firm indications that trade talk with third countries may begin soon, and so I repeat the appeal that I have been making consistently and for some considerable time now: we must not allow our own high environmental and animal welfare standards to be undermined in any future trade agreements that the UK may enter into. There is now an ideal opportunity for the new government to signal its commitment to high standards by establishing a Trade and Standards Commission tasked with making recommendations on how future trade policy should be developed whilst respecting and upholding our own high standards of production.

“Very shortly the UK Government will be looking to formulate its negotiating mandate ahead of future trade talks with the EU27 and third countries. In order to stand the best chance of securing trade relationships which work for the whole of the UK and all sectors of the economy, we now look to the government to set up effective structures to give organisations such as NFU Cymru the opportunity to have a genuine input into this process.

“There are of course a range of important issues besides Brexit that we need the new government to address.  These include the need for improved fairness and transparency for farmers in the supply chain, measures to tackle the scourge of rural crime and ensuring a long term funding commitment to agriculture, which allows us to continue to grow our food and farming contribution and maintain and enhance our environment.   We look forward to working with the new government to ensure that these issues also secure the profile they deserve.

“Once again, on behalf of NFU Cymru I want to congratulate those elected to Parliament, and wish them well for their terms of office.   As always, NFU Cymru looks forward to working with MPs from right across the political spectrum.”