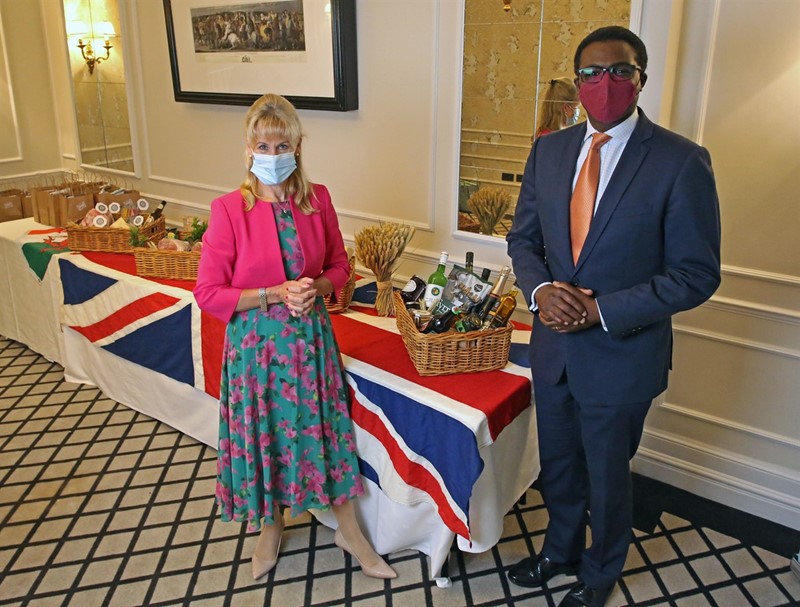 The NFU welcomed a group of MPs to the Farmers’ Club on 29 June to discuss how the government can assist UK farmers to get 'match ready' for future free trade agreements (FTAs) and boost export opportunities for British agri-food products.

The lunch was attended by a number of MPs with an interest in trade, including trade envoys and members of the EFRA and International Trade Select Committees. Speaking at the event, NFU President Minette Batters launched the NFU’s new one-page summary highlighting what the government can do so UK farmers are able to maximise the benefits future FTAs will provide.

Read more about the NFU’s asks in our Getting UK Farming 'Match Ready' for Free Trade Agreements.

“British farmers produce some of the highest quality, safest, most nutritious food in the world and are ready to embrace the opportunities that free trade deals can deliver to export our goods across the globe.

“There are opportunities, such as in the Comprehensive and Progressive Agreement for Trans-Pacific Partnership (CPTPP) for our farmers and food producers to grow their exports significantly, but as we have seen with the recent Australian trade deal, the UK’s future trade policy presents our farmers with many challenges.

“In order to maximise the opportunities that FTAs provide, the NFU would like to see the government develop a comprehensive agri-food strategy to improve both productivity and exports, as a matter of urgency."

Following the publication of the Trade and Agriculture Commission’s report in March 2021, the NFU is looking forward to a transparent response to all recommendations from the report and would like to see the implementation of a rolling review process to provide a clear picture of the impact of deals on imports, exports, farmgate and consumer food prices, and the UK’s ability to feed itself.

“Making the most of overseas markets post-Brexit is crucial. The food and drink sector is already working closely with the government to grow export markets. There is more than £60 million of farmer investment in the Agricultural and Horticultural Development Board through levies. Industry is ready and willing to partner with government to build our global ambition and increase the British food brand identity across the world.”

What is the NFU doing?

It is important that the government explains how it will work with farmers in the UK, so they can continue to produce the high-quality food the public wants in the face of huge potential volumes of imports produced in very different systems that the public would not put up with if they were adopted by British farmers.

The NFU and its members stand ready to work with this government on making trade a success and something that can work for both parties.