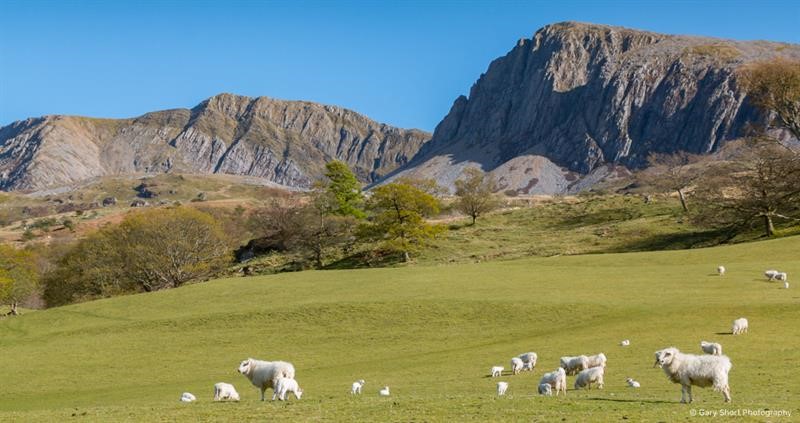 NFU Cymru’s views are expressed in response to Welsh Government’s consultation on proposals to simplify the current CAP regulations, following the ending of the Brexit transition period on the 31st December 2020. These proposals are in relation to the existing schemes to support Welsh farmers and prior to Welsh Government introducing its own plans for future agricultural support through the introduction of an Agriculture (Wales) Bill in the next Senedd term.

The proposals to simplify the BPS from 2021 address a number of long running issues that NFU Cymru has previously highlighted as part of the EU simplification agenda and to various Welsh Government ‘red tape’ reviews.

The union has, however, raised concerns as to how Welsh Government proposes to deliver its own domestic Rural Development Plan (RDP) following the ending of the Brexit transition period.

NFU Cymru President John Davies said: “We are pleased that Welsh Government proposes to progress simplification of the current BPS from 2021. In particular, we welcome proposals to reduce the heavy bureaucratic burden that has been placed on those farmers who have been caught up by EU Crop Diversification and Ecological Focus Area (EFA) rules. The proposed removal of the Crop Diversification rules and the maintenance of the key elements of the EFA rules within cross compliance is a sensible and pragmatic solution.

“We request that Welsh Government proceeds without further delay to confirm these changes so that our growers have clarity and certainty ahead of finalising cropping plans for 2021.

“We are pleased that Welsh Government proposes to make changes to the application process for cross border farmers. The proposals to treat the Welsh and English applications separately is a common-sense solution and one that we hope will result in more timely BPS payments to those farmers who have land either side of the border.

“We also support Welsh Government proposals to introduce an advance BPS payment to be paid in October. We have asked Welsh Government for clarity on a number of issues in relation to the nature and timing of the advance and balance payment to ensure that these changes deliver positive benefits in terms of managing cash flow on farm.”

The consultation also makes proposals in relation to a domestic RDP that will run alongside legacy schemes that will continue to be supported by the current EU RDP. On this matter NFU Cymru has raised a number of concerns with the proposals outlined in the consultation document.

John Davies said: “Whilst NFU Cymru welcomes Welsh Government’s commitment, through the consultation, to deliver a custom framework of rural support in Wales, we are clear this must be targeted at rural areas.

“NFU Cymru does not support Welsh Government’s proposed revised definition of rural development which will see environmental objectives prioritised over rural economy/rural community objectives with the needs of the people living and working in rural Wales overlooked.

“In its response, NFU Cymru has reiterated its long-standing concerns with Welsh Government’s implementation of the current RDP which has been slow and disjointed. NFU Cymru has called for these concerns to be addressed through a full independent review.”

The union has also used this consultation to highlight the priority for government to provide clarity and certainty to farmers on funding to Welsh farming.

Mr Davies continued: “Just under a year ago NFU Cymru welcomed the commitment made by the Minister for the Environment, Energy and Rural Affairs to maintain the BPS for 2021 (subject to funding from UK Government). This gave much needed stability at a very uncertain time for Welsh farmers.

“One year on and the uncertainty faced by Welsh farming has only intensified. Fears surrounding a ‘No deal’ with the EU and its detrimental impacts on the sector are intensifying while farming families and rural communities, like the rest of society, are also severely impacted by Covid- 19.

“Given all these issues, we would ask that Welsh Government builds on the commitment made in November 2019 and commits to maintain the BPS at current funding levels for 2022.”