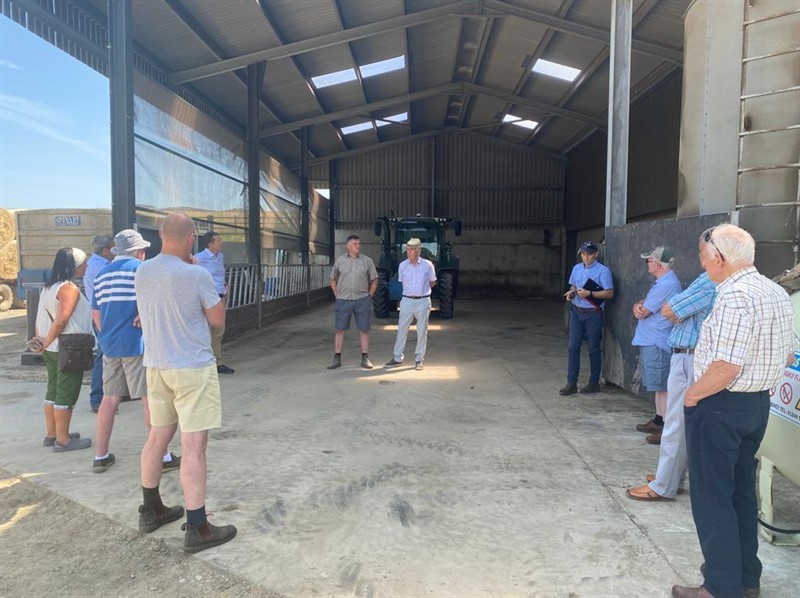 “Over the last two months, when I speak to fellow farmers at the market there is a palpable worry that the threat to our TB Low status is fast becoming a reality and that the current controls aren’t safeguarding the status that we have worked so hard to preserve. This is following a worrying trend of increasing instances of bovine TB cases in an area that has been designated as a low TB area ever since the new TB strategy was adopted by Welsh Government in 2018.

“A number of members used our meeting with Mr ap Iorwerth to emphasise that the control of TB was slipping in the low area and were fearful that Anglesey’s status could soon be jeopardised. Added to this, the extended restriction periods are an issue, with farms affected struggling in terms of retaining increased stock numbers on their holdings. Furthermore, sudden and unexpected outbreaks have the real potential to affect compliance with the newly introduced water regulations where a sudden unplanned spike in stock numbers could see farm businesses fall foul of the nitrogen loading and storage capacity requirements.  Welsh Government policies must work in tandem and not conflict with each other. Therefore, we have called on Mr ap Iorwerth to escalate our concerns with Welsh Government.”

Rural connectivity, both broadband speeds and mobile signal, was another policy area highlighted to the Member of the Senedd. Brian Bown said: “All farming enterprises now rely heavily on electronic communications with suppliers, consumers and regulatory bodies. The rural/urban divide is totally unacceptable. Good connectivity must be available to every home in Wales if we are to keep up with the digital landscape and realise the full potential of our rural business.”

Wider issues raised in the meeting included solar energy ventures, the potential pros and cons of a Freeport at Holyhead and the issue of second/holiday home ownership.

Brian Bown said: “We are grateful that Rhun ap Iorwerth has taken the time to listen to our concerns and voice them on our behalf in the Senedd. Agriculture in Wales is entering a very important two years, where the bedrock of our farming future will be laid out, alerting our MS to the key issues we face is vital and I thank all that have taken the time out of their busy schedules to do so.”

“To try and be an effective voice for the farming community on Ynys Môn I always want to ensure that our conversation is an open one, and from TB to water quality, international trade to the rural housing market, there were a number of issues discussed at Trewyn with local NFU Cymru members.  These are challenging times in so many ways, and that is why we have to ensure, together, that both Welsh and UK Government understand those challenges, and act in a way that supports this vital sector.”

Read more about our work in Cardiff Bay here