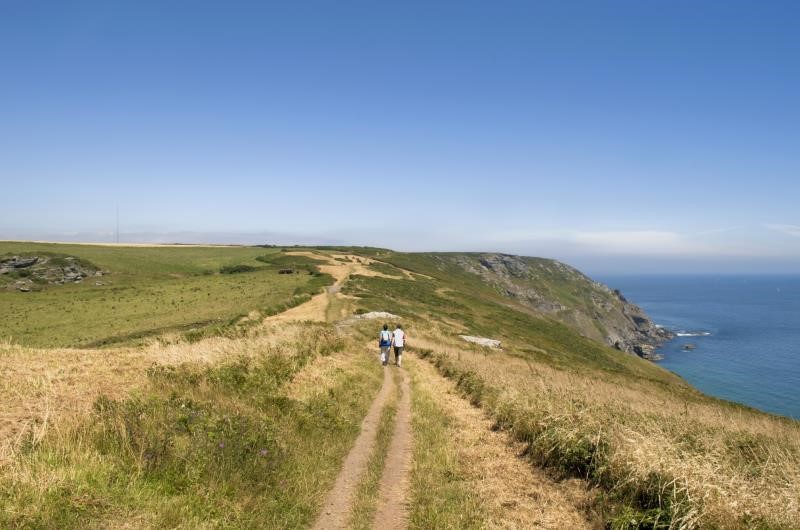 After a long break from face-to-face meetings, the Mid Gwynedd NFU Cymru branch finally had the opportunity to meet again.

Their first meeting was at Cwrt farm near Aberdaron to learn more about payments for environmental services under the Tir a Môr project. The project has been running for almost three years on some National Trust farms in the area and has been funded as part of the Welsh Government SMS schemes with an element of National Trust co-funding.

The project is one that identifies the habitats and species that are important in the area and offers payments to farmers for the development of these species on farm. This means that a farmer has the freedom to manage the farm as he chooses, and any payment rewards them for the number of species present annually. The essence of the project is that there is a payment scale, with higher payments for results that meet the requirements. It is a new system of paying for such work and project managers note that Welsh Government officials are interested in seeing how the project works ahead of the national plan, which will become operational around 2025.

Andy Godber, Llyn Countryside Manager for the National Trust, who manages the project, said: “The project aims to consider ways to support farmers in an effort to help nature thrive on their farms. Not only for nature's sake, but for the long-term future of farming as well.”

Edward Griffith, Mid Gwynedd NFU Cymru County Chairman explained: “Being able to see the plan and walk the farm makes it much easier to understand how the project works. It has also been beneficial that the farmer, Carwyn Evans, has been able to come and talk to us to explain how the project fits in with the current farming policy.”

During the meeting, an update was given on Nitrate Vulnerable Zone (NVZ) issues and advance notice of a cattle tracking and tagging consultation which would be opening shortly for members.