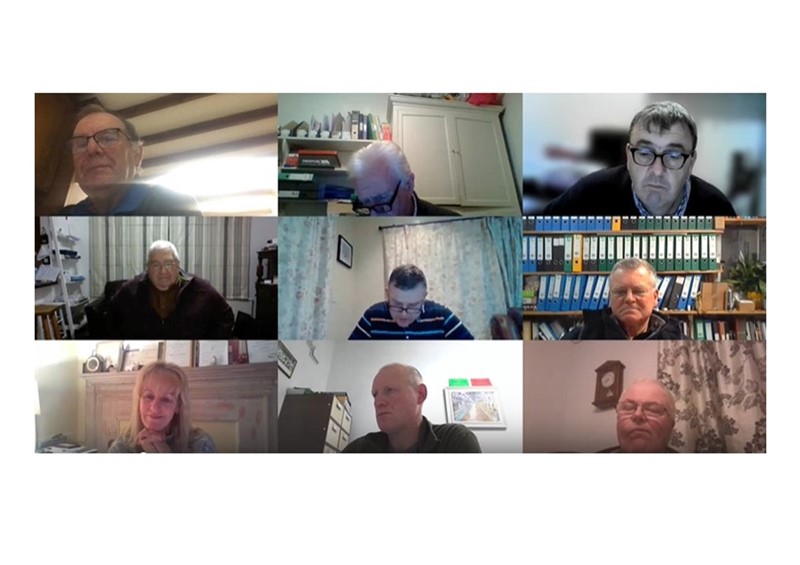 NFU Cymru members on Anglesey were treated to a detailed insight into a successful year of NFU lobbying by the union’s President, Minette Batters.

Speaking during the virtual NFU Cymru Anglesey County Conference on Tuesday 5th January, Mrs Batters discussed the inner workings of the NFU’s efforts to ‘ensure the voice of food and farming was heard’ during an extraordinary year.

Mrs Batters underlined that the NFU’s campaigning efforts had reached far and wide in 2020, with more than 1 million people – around 1 in 60 people living in the UK - signing the union’s food standards petition calling on government to protect UK food standards in future trade deals. This public drive also saw more than 500,000 people become Back British Farming supporters and helped generate more than 80,000 emails to MPs in just one week, urging their local elected representative to play an active role in the Agriculture Bill debate and to support the cause of Welsh and British farmers.

The NFU’s endeavours were further supported by a variety of high-profile chefs, including Jamie Oliver who penned an open letter to the Prime Minister calling on him to ensure that UK food standards were not compromised.

The continued publicity and public pressure generated by the NFU’s lobbying eventually led to UK Government establishing the Trade and Agriculture Commission. The establishment of the group was a major win for the NFU, NFU Cymru and their allies, as it means that the Trade and Agriculture Commission will produce a report on the impacts of agriculture of every trade deal proposed by UK Government. This report will give MPs the opportunity to analyse the effects of any proposed trade deal UK food before it heads to parliament for ratification. Mrs Batters said this was an ‘incredibly important step in ensuring farmers’ voices were heard in parliament.’

Discussing the recent news that the UK Government and EU had successfully negotiated a trade agreement, NFU Cymru President Minette Batters said: “It was absolutely essential that we managed to find a place where we could be trading tariff and quota-free with the EU - this came as an enormous relief.

“It’s going to be a new era. I believe very strongly that we now have to look forwards and we have, wherever possible, got to be optimistic about the changes. I think the agreement with Europe allows us to be optimistic about the opportunities for opening new markets, but the EU market – with 500 million people on our doorstep 30 miles away – was an absolutely key market to secure.”

NFU Cymru Anglesey County Chairman Brian Bown said: “While it is obviously a huge shame that Minette Batters was not able to join us in person for this year’s Anglesey county conference, it was a privilege nonetheless to have her attending the event virtually. Mrs Batters provided us with a really interesting look behind the curtain at the union’s campaign work and I don’t think anyone logging into our meeting could fail but to be impressed at the power and influence of the NFU’s lobbying machine. We are extremely grateful to Mrs Batters and NFU Cymru Deputy President Aled Jones for providing Ynys Môn members with this timely update. We look forward to a time when we are once again able to invite them both to our meetings in person.”

NFU Cymru would like to thank HSBC UK for sponsoring all 11 of this year’s virtual county conferences.