Life on a farm is never devoid of drama, it goes with the territory in an industry that revolves around livestock and the weather.

So, despite giving up a career on the stage to become a farmer, Nicola Drew’s days on the farm are rarely short on theatre.

She also gets to play multiple roles, be it midwife during lambing and calving periods or shepherdess when managing the flock.

Contrary to what others often assume, Nicola says it wasn’t a difficult decision to cut short her career as an actress to farm.

“People think farming is hard but acting is an industry that often involves short-term contracts, I was always looking for the next job which was a lot of pressure when there are bills to pay,” says Nicola, whose core work had been in education productions in the theatre.

“It was fun but there was a lot of travelling which meant being away from my other half and I
knew that long term it was going to just get more difficult.”

Nicola joined her father, Peter, at College Farm, Trefecca, near Talgarth, 10 years ago, the farm where she grew up with her brothers, Matthew and Richard.

They were at their happiest when outdoors and getting stuck into whatever job needed extra manpower, she recalls.

“I loved the farm then and I still do, to have the opportunity to spend so much time outdoors in the fresh air.” 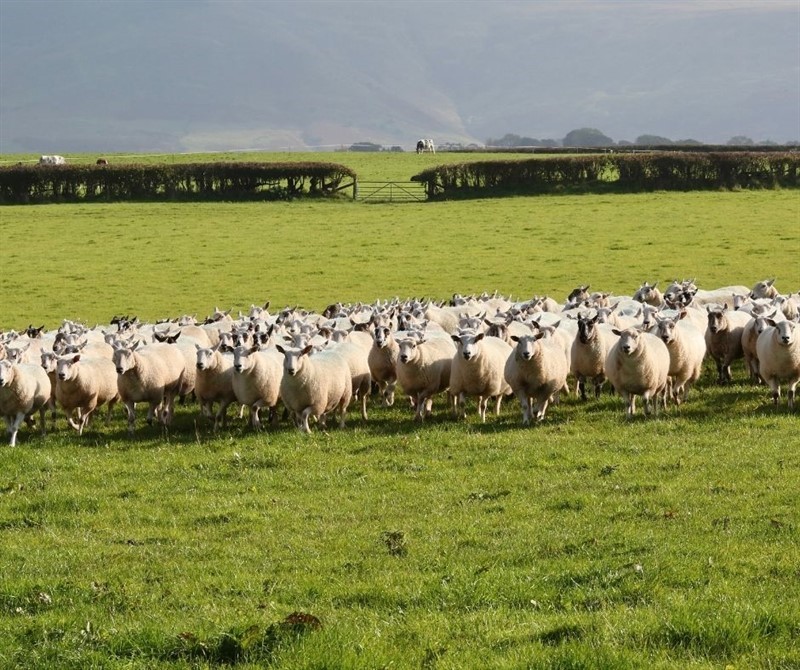 Nicola never considered farming as a career option back then because it was never discussed at home or at school.

“Perhaps they were different times back then, it didn’t enter my mind that I could farm as a job. I had other interests so I pursued those.”

Nicola is keen to point out that recruitment into agriculture shouldn’t be seen as a gender-related issue - the industry just needs more young people in general, she suggests.

“I don’t feel we need to target females any more than males, we need to attract the younger generation in general to make sure the industry is progressing and developing. It is really important that agriculture is seen as a viable job.

“There is such a wide cross-section of jobs in agriculture to choose from these days. I would say to others considering it to just go for it because there are plenty of opportunities in all fields.”

The world needs to eat, she points out. “Food production and environmental management are massively important, that was shown with people panic buying food during the Covid-19 pandemic, and with our increasing awareness of the need to reduce our carbon footprint and to look after nature.”

Nicola farms in partnership with her father but he has preferred to let her lead the business forward.

When she first started farming the business didn’t run many head of livestock so the decision was made to build up numbers.

Sheep numbers grew to 600 but, while expecting baby Nora with her partner, Gwion, and a concern that Brexit could create a slump in the lamb market, the flock was scaled back to 240.

“We made the decision to temporarily cut back rather than employ someone else after the baby arrives,” Nicola explains.

The flock, mainly Texel crosses, lambed from March 25th, later than usual this year due to baby Nora expected in February.

The pregnant ewes graze turnips and grass before being housed two weeks before lambing; they are slowly transitioned onto concentrates when they are outdoors and eat a ration of concentrates, hay and silage at housing.

Lambs are sold through Talgarth livestock market. There is also a suckler herd of 20 British Blue-cross, Aberdeen Angus-cross and Limousin cows which all scanned in-calf and were calved in April this year. 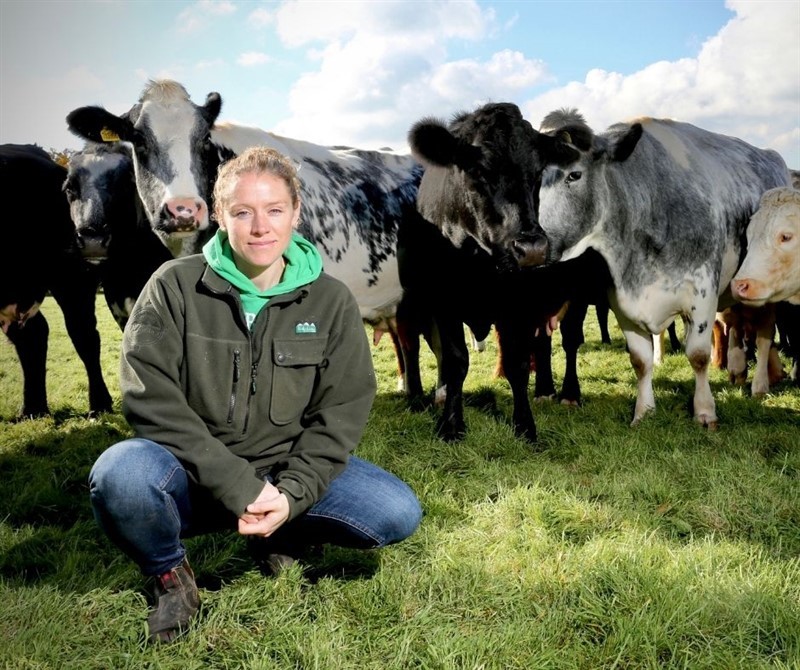 The calves are reared until they are 17-18 months and are sold as stores – traditionally at Talgarth livestock market but the pandemic ended cattle sales there so the stores are now sold at Hereford.

Nicola is particularly interested in the animal health aspect of managing livestock.

“It is important to get a grasp on that side of things and the rest in terms of managing the flock and herd tends to fall into place,” she believes.

One issue she has taken a radical approach on is tackling an infectious form of lung cancer in the flock with a scan and cull policy. Since then ewe mortality has fallen to just 2%.

Ovine pulmonary adenocarcinoma (OPA), caused by a virus which infects cells in the lung, leading to tumors, was identified at post-mortem in sheep.

Best practice is to identify and cull out sheep with any sign of the disease as early as possible and this was the advice of the farm’s vet. 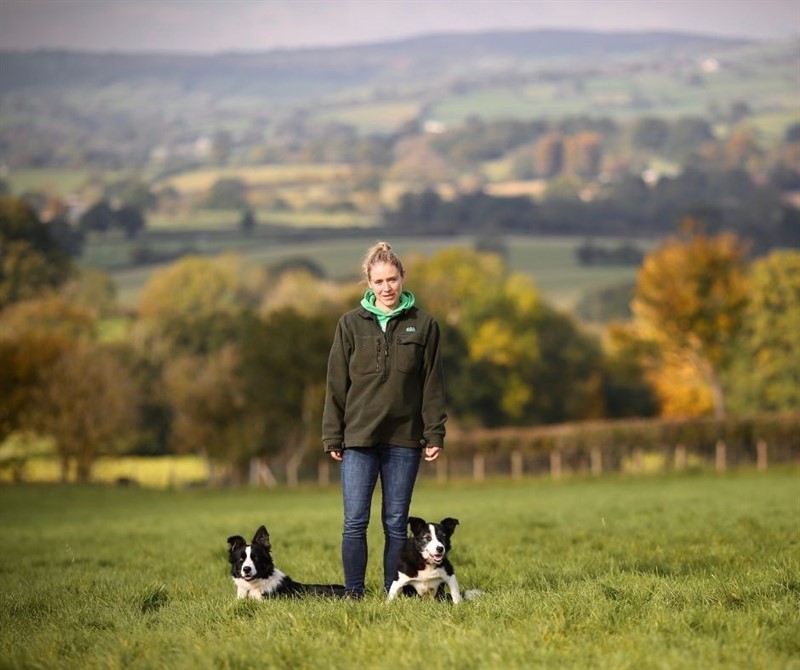 Protocols are now in place to reduce risk of infection further. Yearlings were previously bought in but replacements are now reared as purchasing OPA-infected stock is known to be a major risk factor.

Any rams that are bought-in in future will be scanned before entering the flock.

The family farms 280 acres but as fewer ewes are lambed this year there was an excess of grass so some of this was sold as standing grass and extra winter fodder was also made.

A further 40 acres have been rented out for growing winter wheat.

The pandemic has reinforced an acceptance in Nicola that her career choice is the right one - aside from running the farm, she also works as a relief milker, averaging six milkings a week on a local dairy farm.

“Throughout this year I have felt so lucky to be doing what I do, the pandemic has highlighted that. We have been able to get on with our job as we always have done and enjoy the countryside and being outdoors.”

In 2019 she was thrilled to be named as NFU Cymru/NFU Mutual Wales Woman Farmer of the Year. Since then there have been many changes, with Coronavirus, Brexit and, for Nicola, the arrival of Nora.

She is keen to keep the business moving forward on the same track but is open to change if needed.

“I set myself quiet inner goals and try to keep my head down and achieve them, but I’m also open and flexible about change when it comes.

“I am the sort of person with a ‘we’ll see how it goes’ attitude, I try and make the best plan I can and have myself prepared for different eventualities but there’s no point worrying about something you have no control over.”