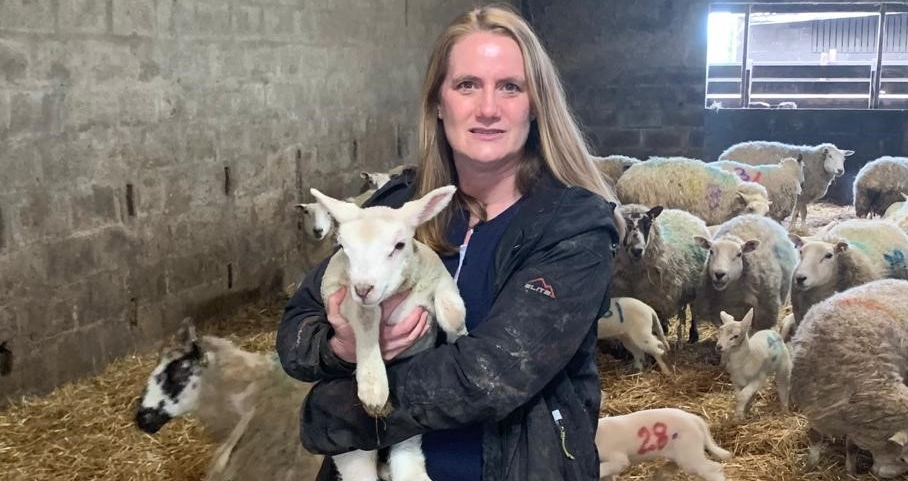 Virginia Crosbie, Member of Parliament for Ynys Môn, today (20 July 2021) tabled a Bill in Parliament which seeks to introduce changes to legislation to help tackle livestock worrying, a growing issue for NFU and NFU Cymru members.

This motion seeks to build on the government’s Animal Welfare (Kept Animals) Bill, which gives more powers to police to tackle livestock worrying incidents and expands the scope of what is afforded protection to other species such as llamas, ostriches and game birds.

While the measures in the government’s Animal Welfare (Kept Animals) Bill are welcome, the NFU believes that more can be done to tackle this crime effectively. We therefore support Ms Crosbie's Ten Minute Rule Motion on the subject.

What does the Ten Minute Rule Motion propose?

Ms Crosbie's motion goes further and would give the police the power to seize dogs when an offence has been committed and the ability to take DNA samples from a dog where there are reasonable grounds for suspicion that the dog owner has committed an offence under the Act.

During her speech in Parliament, Ms Crosbie highlighted the impact of livestock worrying. She said:

“With the increase of visitors to the countryside in lockdowns, incidents of livestock worrying have grown over the past 18 months and the financial impact has increased. Data from the NFU Mutual indicates that the average insurance claim for an attack is over £1,300.”

Following a vote, the Bill has now been scheduled for a Second Reading in the House of Commons, the next step in the legislative process. This will take place on 10 September 2021.

What is the NFU doing on this issue?

NFU Mutual estimates that the cost of dog attacks on farm animals across the UK rose by over £120,000 in 2020 to £1.3 million. Therefore, the NFU has been very pleased to work with Ms Crosbie on this important issue. Recently, Ms Crosbie has met regularly with NFU Cymru and members in her constituency to discuss the impact of livestock worrying on farmers and their businesses.

There is also widespread public support for the government to take action in this area. In May, nearly 20,000 people supported the NFU’s campaign calling on newly elected Police and Crime Commissioners (PCCs) to implement changes to legislation to prevent dog attacks on farm animals.

“Dog attacks on sheep are devastating for a farming family. Losing animals you have raised, sometimes for years, in such a horrific way not only impacts a farm practically but also causes huge emotional strain for the family involved.

“It’s fantastic that Virginia Crosbie is raising this important issue in Parliament and the NFU has been very pleased to support her in her work. We urge other MPs to support her with this Bill."

Virginia's work on this issue

Every year, thousands of animals across the UK are worried or attacked by dogs at a huge financial and emotional cost to the farming community through loss of or damage to livestock. From speaking with farmers in my constituency of Ynys Môn, representatives of farming unions and the North Wales Rural Crime Team, it is clear to me that the legislation currently in place is not fit for purpose and needs a radical change.

The Dogs (Protection of Livestock) Act 1953 fails modern farming in a number of ways. For example, it does not recognise livestock worrying as a criminal offence and it carries a maximum penalty of £1,000 for the dog owner. The penalty is rarely sufficient to cover the cost to the farmer of lost, damaged or aborted animals and without additional penalisation there is little onus on dog owners to be more aware.

Over recent months, I have raised this matter with Defra Secretary of State George Eustice and the Minister for Policing, Kit Malthouse. This, coupled with the excellent work of the North Wales Police Rural Crime Team, NFU Cymru and other farming bodies, has raised the profile of the issue. Last month I was pleased to see that the Animal Welfare Bill (Kept Animals) includes a section about livestock worrying by dogs.

The bill is currently in draft form and should pass through parliament during this session, but it is my belief that it does not go far enough and does not give the police the teeth they need to tackle the problem.

However, because the current legislation does not classify livestock worrying as a criminal offence I have limited data on which to base my case for strengthening the new bill. I am asking farmers to help me build a picture of the extent of the issue.

50% rise in cost of livestock attacks

NFU Mutual figures show that the cost of dog attacks on farm animals rose by an estimated 50% during the first quarter of 2021. Numbers started to rise sharply last year when farm animals worth an estimated £1.3m were savaged by dogs – a rise of over 10% on 2019. Research suggests that 64% of dog owners let their dog off the lead in the countryside while half admit their pet doesn’t always come back when called.

“The suffering to animals and the anxiety for farmers could be easily prevented if people kept their dogs on a lead when out in the countryside.

“There’s a lack of awareness among dog owners about what their pets are capable of and our research found only 40% accepted their dog could injure or harm livestock. Even if a dog doesn’t make physical contact, the distress of the chase can also cause sheep to die, miscarry and separate lambs from their mothers. Farm animals are also being chased into danger – drowning in rivers, falling from cliffs and getting their necks trapped in fencing.”

NFU Mutual is advising the public to:

Ambitions for the draft bill

I want to see the draft bill strengthened to include:

How you can help

If you have experienced livestock worrying, please contact me at dmlyZ2luaWEuY3Jvc2JpZS5tcEBwYXJsaWFtZW50LnVr to help me lobby for the changes.