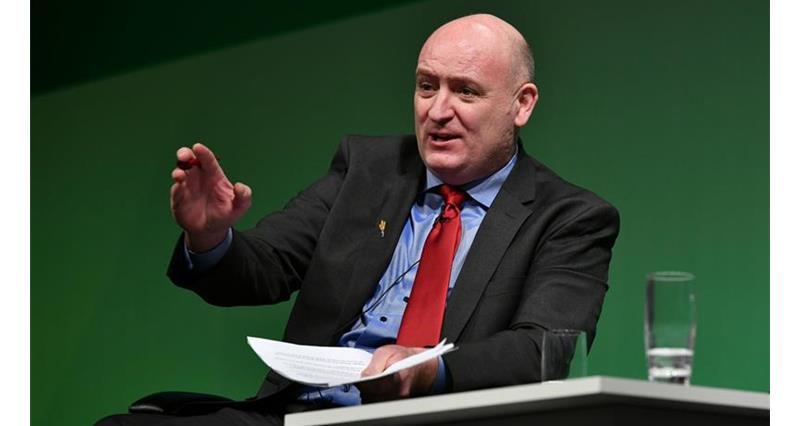 The NFU has taken the initiative and mobilised a huge coalition of farming, environmental, animal welfare and public health organisations to write a letter to Prime Minister Boris Johnson on trade and standards.

Sent to coincide with the passing of the Withdrawal Agreement Bill which has now had Royal Assent, you can read the letter in full with the 60 plus signatures here:

We are writing to you as a broad coalition of major farming, environment, animal welfare and public health organisations who share and support your government’s stated commitment to ensuring the environmental, animal welfare and safety standards of UK food production are not undermined after we leave the EU and develop our own independent trade policy.

We are all agreed that Brexit provides an opportunity to foster a sustainable, carbon neutral model of farming in the UK building on our reputation for high quality, safe and affordable food. There may be differences of opinion as to the best way of achieving that outcome, but we are all agreed that without the right domestic policy, supported by a progressive and ambitious trade policy, none of us will realise this shared vision.

You have pledged “not to in any way prejudice or jeopardise our standards of animal welfare or food hygiene”, and the Secretary of State for Defra recently promised to “defend our national interests and our values, including our high standards of animal welfare.” Along with your party’s manifesto commitment that, “in all of our trade negotiations, we will not compromise on our high environmental protection, animal welfare and food standards,” we are increasingly reassured that you are as committed as us to making the UK a world leader in food, farming and environmental standards.

However, we also recognise that this is a complex issue that goes beyond just the negotiating position of the UK government in any potential trade deals, and that there will be intense pressure on British negotiators to make significant concessions on this issue. Furthermore, as an independent member of the WTO the UK will also need to consider how it manages its trading relationships outside the terms of bilateral trade deals. It is vital that we have more than just verbal assurances to ensure our standards are properly safeguarded. In light of this, we urge you to take some specific actions we believe will enable you to ensure that the UK government can achieve its commitment to safeguard the standards of UK production, now and in the future:

The government should enshrine its manifesto commitment in law. The Agriculture Bill provides a good opportunity to do so for some key standards. We would be pleased to work with the government to draft legislative provisions that meet the government’s commitment to safeguard standards while allowing sufficient flexibility to conduct meaningful trade negotiations.

Formal processes are vital to allow government and stakeholders to engage openly on this issue. As Secretary of State for Defra, Michael Gove committed to establishing a trade and standards commission. A body such as this could undertake such a role, bringing together a wide variety of stakeholders to engage on the UK’s trade policy and how it affects our standards.

Finally, we believe that Brexit provides a vital opportunity for the UK to lead the way in devising a global trading system fit for the 21st Century. While the liberalisation of global trade in recent decades has been successful in growing economies, providing jobs and lowering prices for consumers, it has failed to deal with the negative impacts of such growth – most evident today in the challenges of climate change, loss of biodiversity and concerns over the welfare of the farm animals we rear. Brexit means the UK can show leadership in pioneering a new type of global trading system; one that moves away from the narrow and dated focus on ever cheaper goods, regardless of how they are produced, to one that rises to the challenges of climate change and promotes more sustainable models of production and consumption across the world. In the year that the UK hosts the COP26 climate change summit, we are ready to work with you in pushing forward this agenda with energy and vision.

With the enactment of the European Union (Withdrawal Agreement) Bill and our formal departure from the EU just days away, we believe these measures must be pursued as a priority. We believe that with the right policy framework and the establishment of a clear understanding of our shared vision for the future, Brexit can be a catalyst for UK farming not just to be the envy of the world, but to provide gold-standard model for high standard, high quality, sustainable food production. We would welcome the chance for a delegation of the signatories to this letter to meet with you as soon as possible to discuss how we can work in partnership to achieve this vision.