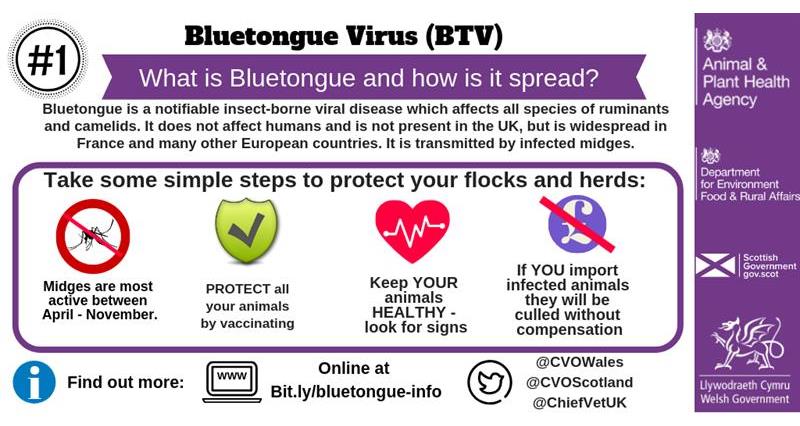 NFU Cymru has joined organisations from across the livestock sector to urge farmers to think carefully about importing animals from areas that are known to be infected with bluetongue (BTV) virus.

The midge-borne disease has continued to circulate around Europe with cases being reported in France, Switzerland, Cyprus, Portugal, Spain, Greece and Italy and more recently in Germany and Belgium. Farmers should keep up with news on which countries are affected as these can change regularly as the vector active season (typically Apr-Nov) progresses. The UK is officially BTV free and the risk status is currently low, although this may change in the coming months.

A cross-industry statement said: “Clearly bringing a disease like BTV into the UK would have severe consequences on the health and welfare of our livestock, which can result in widespread movement restrictions and costly surveillance testing. In addition to these costs, if there is spread into the national herd or flock, the country loses disease-free status, which can have a significant impact on trade.

“That’s why we must be vigilant when it comes to importing livestock from high risk areas. All livestock arriving from countries affected by BTV are tested for infection with the virus, and animals that test positive are culled with no compensation. Any premises that BTV infected animals were imported to will then be placed under strict animal movement restrictions for several weeks while extensive surveillance is carried out to rule out further spread.

“Following the discovery of a number of BTV infected animals arriving in 2018, we’ve worked with government officials to develop advice to importers. The message is absolutely clear - livestock keepers must follow the advice, discuss any imports with their vets and consider choosing non-BTV restricted areas for the supply of stock.”

Great Britain’s three Chief Veterinary Officers said: “Farmers must be aware of the significant risks of importing animals from disease-affected areas into their flocks and herds. Failing to do so could affect the health of farm animals and our ability to trade around the world, so it is vitally important that we keep this disease out.”

If you import animals, you should consider the following:
•  Make sure that animals have the correct paperwork confirming they’ve been vaccinated against the right strains of BTV
•  Consider what additional guarantees the seller can provide - such as a pre-export test to prove immunity to BTV
•  Consider pre-vaccinating your flock or herd against the relevant strains of BTV before introducing new animals 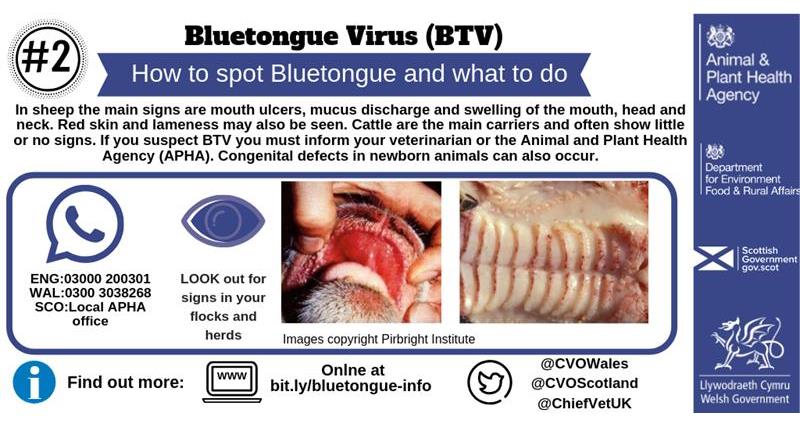 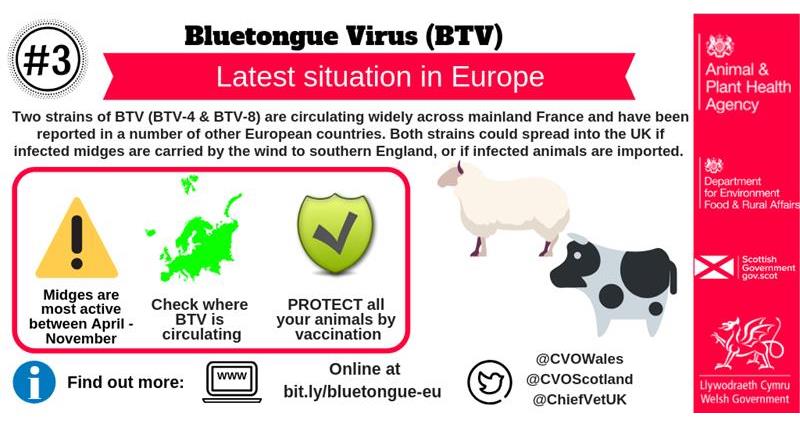 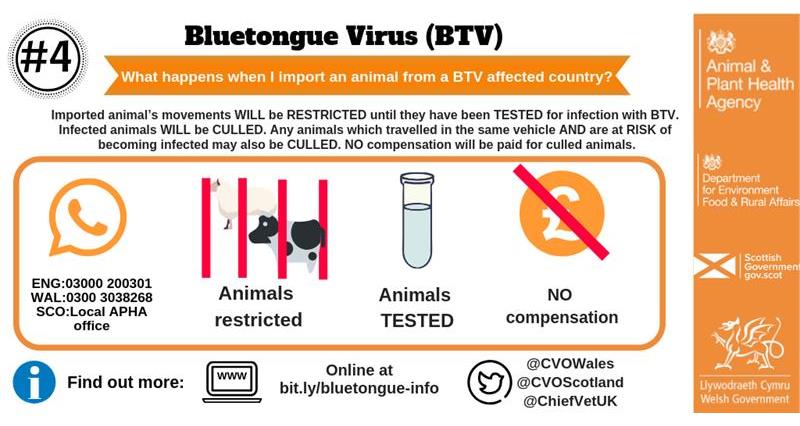 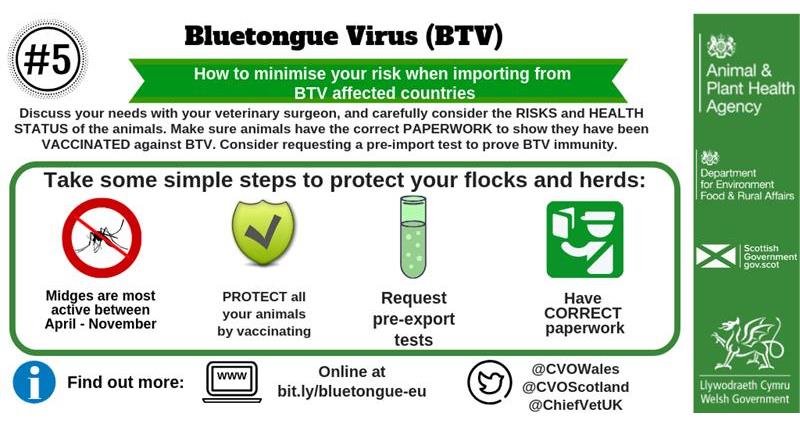