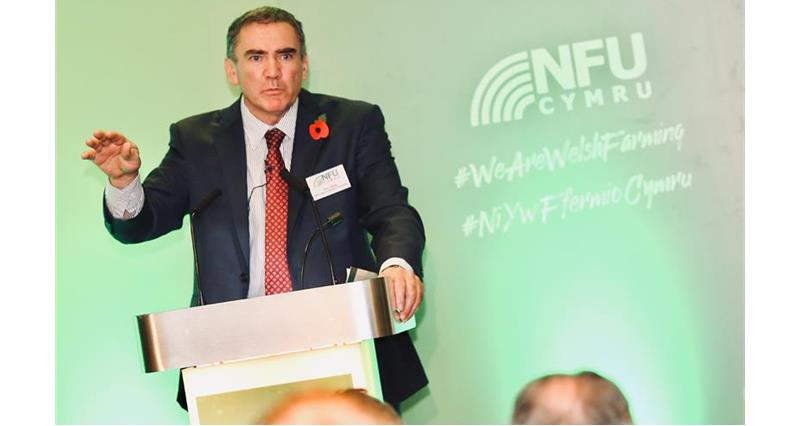 NFU Cymru Deputy President, Aled Jones, looks back on January and highlights that the efficiency of our systems speak for themselves...

Earlier this month, on my approach to the Oxford Farming Conference, I took the time to stop and talk to some of the Extinction Rebellion representatives campaigning outside the event. They were very willing to discuss their concerns about change climate, as was I.

I shared with them that, as a farmer, I have seen climate change at a practical level with the extremes of weather we have faced in recent years and the devastating effects they can have on farming businesses. The climate is something that worries me greatly and I know I am not alone. Aside from being a farmer, as a father and grandfather I am as concerned as those from the Extinction Rebellion group about the world we are leaving for future generations.

But amid my concerns I can take some heart from the fact that the NFU is driving its net zero ambition for UK farming to be carbon neutral by 2040, whilst maintaining our productive capacity. I was able to tell the peaceful Extinction Rebellion protestors that as an industry we may only be responsible for 10% of UK greenhouse gas emissions, but we are showing the ambition to drive that figure down. While other industries are burning carbon, the fact is that Welsh agriculture is the only industry creating coal, taking out carbon dioxide and locking it underground.  As an industry we are more than prepared to tackle the challenges we face head on; farming has a crucial role to be a part of the solution to what is undoubtedly a societal problem. 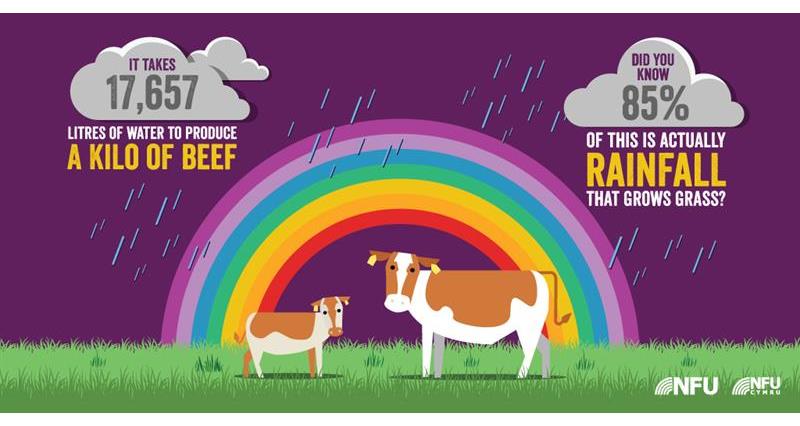 I found it heartening that I was able to have these discussions with the Extinction Rebellion group. There was a common understanding and respect for each other’s opinion. Regrettably this type of conversation has become something of a rarity in the modern world. It has concerned me greatly in the last three years how polarised society has become since the EU Referendum result. I have to say that I was concerned and embarrassed witnessing the political debate in the lead up to the recent General Election. Unfortunately, the lack of understanding or tolerance demonstrated by many of our politicians for a viewpoint other than their own is trickling down into the rest of society.

Never has this distasteful societal trait been more evident than during ‘Veganuary’, the now annual vegan campaign movement in the month of January. It is a period when, seemingly, the national media provides a disproportionate amount of coverage to a movement that represents the views of just 0.6% of people. While I fully advocate free speech and understand that all groups are entitled to some exposure, the focus on veganism this January has been quite staggering. This focus, unfortunately, also coincides with a time when many farmers are targeted for a profession in which they take great pride. Farming, the oldest occupation of civilisation, is being betrayed by some who peddle opinions as fact. The industry’s high welfare standards, green environmental credentials and the nutritional value of the food farmers produce is being subjected to damaging and unfounded accusations.

I have no issue with people who have a personal dislike for eating meat, dairy or eggs and I have respect for those who do so out of a sincere conviction without feeling the need to broadcast it to the world. What I do find unpalatable, distressing and hurtful as a farmer, however, is accusations by some in the vegan community that farmers abuse their animals. I love my animals. I have lost count of the times I have assisted calving cows in the middle of the night or cared for them if they are sick. To think that there are some in our society who think farmers, like me, would abuse their animals deeply hurts. I personally believe that there is a value to eating meat, dairy and eggs because of their nutritional value. It was, therefore, refreshing to hear Professor Alice Stanton, of the Royal College of Surgeons, providing evidence at the Oxford Farming Conference clearly demonstrating the value quality protein found in meat, dairy and eggs plays in human development. Perhaps the most striking part of her presentation was a graph highlighting the inverse relationship between child stunting rates and annual meat consumption around the world. Those countries whose annual kg of meat consumption per capita was the lowest saw the highest percentage of stunting rates in children.

Professor Stanton made it clear that while it is possible for someone to live a meat and dairy-free life, she stressed that those practicing such diets needed to be extremely careful because any imbalance in that diet could result in significant health repercussions. This is particularly true for pregnant women and young children.

Meat and dairy alternatives are being touted with great gusto nowadays and Professor Stanton provided the Oxford Farming Conference audience with a useful look into the make-up of some of these products. The number of ingredients in some of those products was staggering and the amount of salt was particularly shocking – it is clear many of these plant-based alternatives are not as healthy and natural as they purport to be. Aside from the health aspect, I also believe that those who are choosing meat and dairy-free options purely based on the faith that they are somehow making an environmentally friendly choice, are being somewhat naïve. There are many examples where these choices are contributing to stress on the environment and local economies where these ingredients are produced.

At one of the autumn political party conferences, only soya milk was served, cow’s milk had to be requested. This was obviously a drive to boost their environmental credentials on the back of a flurry of flawed thinking linking animals to climate damage. Little do they realise that a kilo of soya would only produce seven litres of soya milk, whist also requiring stabilisers, emulsifiers, flavourings, sweeteners and salt!

Farming has evolved over many thousands of years and has satisfied the demands of an increasing global population. Animals have provided power, food and clothing for generations of mankind. Here in Wales we could not be better placed to produce environmentally sustainable food. Our ruminants are able to utilise our natural resources – plentiful grass and rainfall – to produce high quality protein to great effect.

The efficiency of our systems speak for themselves: there are some 270 million dairy cows in the world, but if those cattle were Welsh dairy cows we would only need 78 million of them to produce the same amount of milk. While farming has developed significantly over the years, with advances in technology and nutritional advice we are striving to improve even further.

In recent history, the way farming responded after two world wars to feed hungry people is now forgotten and today our sector is now portrayed as the villain, betraying the contribution to the success of mankind. It has become abundantly clear over the last year or more, but perhaps during the last month more than ever before, that detractors of farming will stop at nothing to sway public opinion about our industry. Complex subjects such as the ones I’ve touched upon earlier in this article – climate change, health and animal welfare – are being rolled into one. There is so much hypocrisy among some so called ‘experts’ in the climate change debate that would make biblical Pharisees look saintly!

Above all else, there must be trust and respect in this debate. We all have the right to choose what we eat without being victimised - and that applies for those on either side of the argument.