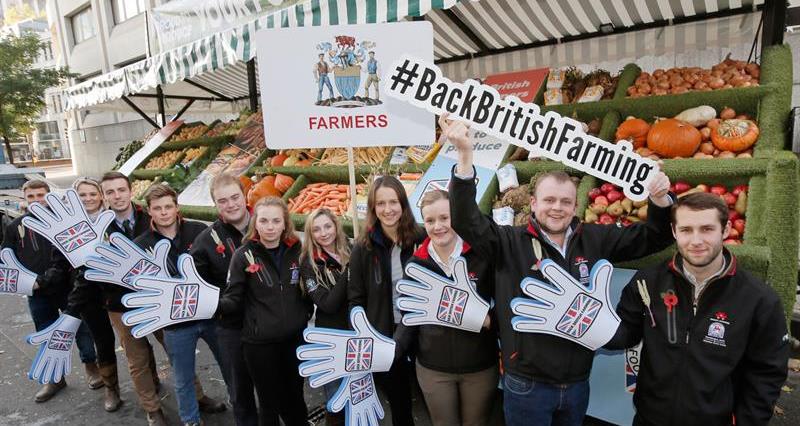 Two Welsh farmers have beaten stiff competition from more than 130 applicants to join the NFU for the second year of its successful Student & Young Farmer Ambassador Programme.

Nia Borsey and Lauren David will join the group of 11 of young, ambitious farmers to work with the NFU to represent the future generation of British farmers over the next 12 months, both within the industry and to the wider public, and at a crucial time for the sector.

Aside from helping out on farm, Nia Borsey, 25, from Conwy, is a rural planner and has experience in talking to parish councils and the general public, skills which she hopes to put to good use when promoting the best of British farming. Nia is also secretary of Betws-yn-Rhos YFC, involved in organising events and competitions.

Growing up on a beef and sheep farm, agriculture runs through the veins of 19-year-old Lauren David from Pontyclun. Her family business supplies meat to Michelin star restaurants, where she has worked, and is adding value by building a dry-aged beef chamber on site. Working on projects such as ‘Cows on Tour’, Lauren has a good head for campaigns and promoting the importance of British produce. Lauren is currently studying at the University of Reading.

NFU Cymru President John Davies said: “I am delighted that Nia and Lauren will fly the flag for NFU Cymru as part of the new intake of the NFU’s Student & Young Farmer Ambassador Programme.

“The first year of the programme was a resounding success and those taking part played a vital role in helping us tell the incredible story of British farming at public events, in magazines and across national, regional and trade media and on social media.

“This new group of ambassadors will be representing British farming at a unique and critical juncture for our industry, as changes in agricultural policy are introduced and UK agriculture finds its feet in a new world outside of the EU. With so much change on the horizon, it has never been more important to have the next generation of farmers promoting everything that’s great about our industry and representing a bright and progressive future for farming.

“I’d like to thank the Welsh ambassadors from last year’s intake, Gethin Johnson and Sioned Davies, for their work with the programme and I’m looking forward to working with our new NFU Cymru ambassadors,  Nia and Lauren, who I’m sure will pick up the baton and do a fantastic job of championing our industry in this exciting role.”