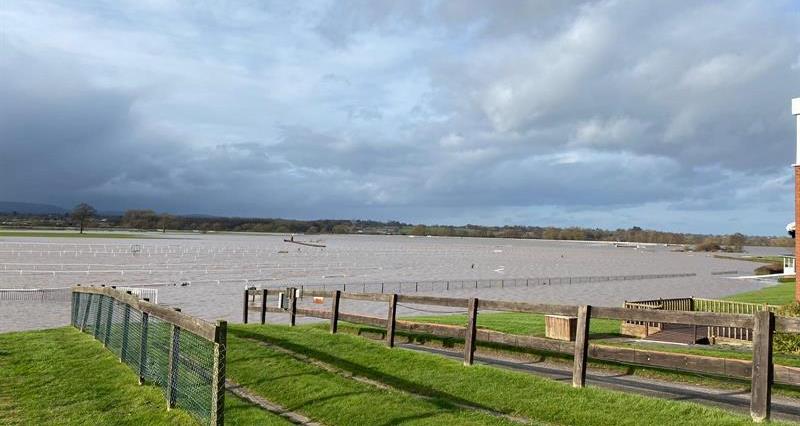 NFU Cymru has asked Welsh Government for a relaxation of the three crop rule after the severe impact of flooding caused by Storm Dennis.

The union has asked Welsh Government to grant a derogation on the ruling which requires many arable farmers to have three crops in the ground on their farm between 1st May and 30th June.

NFU Cymru President John Davies said: “Welsh farmers are feeling the serious effects of the recent storms and relentless rainfall. There are several areas of Wales where swathes of farmland are underwater and flooding has caused substantial damage to fields and boundaries.

“Storms Ciara and Dennis came over the course of two weeks and that was on the back of a very wet winter. The persistently wet ground conditions we have experienced over the last few months have meant that many farmers weren’t able to plant winter crops, others have seen crops planted last autumn ruined and many more are now facing difficulty planting spring crops.

“In light of this, NFU Cymru has requested that Welsh Government grants a derogation to the three crop rule on the basis that it is going to be extremely challenging and costly for many arable farmers to comply with the ruling this year.”

With further bad weather forecast NFU Cymru is urging farmers to stay safe. The union is also encouraging farmers struggling with the financial and emotional impact of the recent flooding to seek the help that is available.

NFU Cymru President John Davies added: “Farm buildings and boundaries have taken a significant battering in the recent storms and in many cases it is likely that repairs will be needed. I urge farmers when planning any essential and immediate work to put health and safety issues uppermost in their thoughts.

“We should also not underestimate the strain that this extreme weather is having on the mental health of Wales’ farmers, especially with lambing season –a particularly busy and stressful time of year – upon us. Many feel like the industry has been subjected to a barrage of negativity and fake news since the turn of the year and the recent flooding has only compounded the upset many are feeling. It is absolutely vital that, as an industry, we support each other and look out for one another. If you need to talk to someone reach out to a family member, friend or a neighbour, or seek support from one of the excellent rural charities we have in Wales. Please do not suffer in silence.”

Farming charity R.A.B.I. has released money from its crisis fund to provide emergency grants to help farming families via its helpline – 0808 281 9490.

Farmers who are experiencing feelings of stress and anxiety as a result of the pressure the weather has placed on them and their businesses are encouraged to seek support from the Farming Community Network (03000 111 999) or the DPJ Foundation (0800 587 4262).