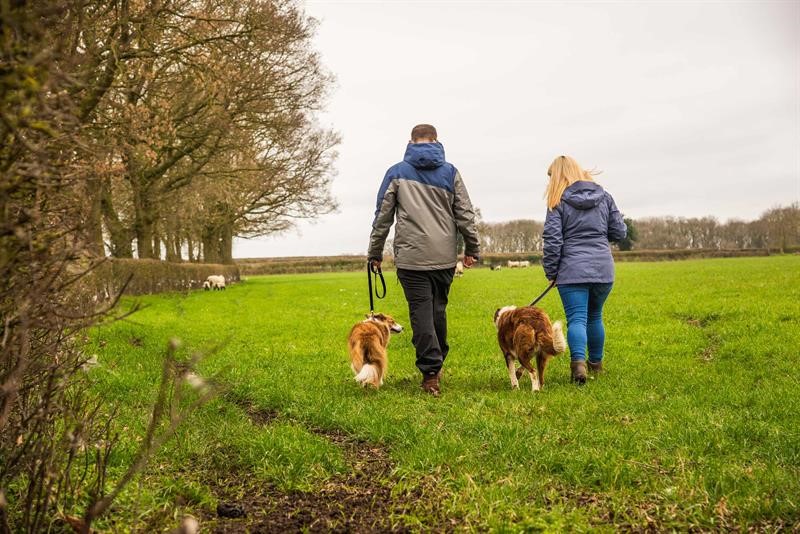 Anglesey MP Virginia Crosbie told NFU Cymru members that her work to update legislation on livestock attacks was one of her proudest moments so far as a Member of Parliament.

Speaking to farmers at the recent NFU Cymru Anglesey County Conference, Ms Crosbie said she had worked with the North Wales Police Rural Crime Team, NFU Cymru and other organisations to bring about changes to the ‘outdated’ Dogs (Protection of Livestock) Act 1953. The Ten Minute Rule Bill motion put forward by Ms Crosbie seeks to aid police in tackling instances of dog attacks on livestock by promoting the ability to take DNA samples from a dog where there are reasonable grounds for suspicion that the dog owner has committed an offence, bringing about more effective fines for perpetrators and help ensure farmers are fairly compensated for the loss of their stock.

The NFU and NFU Cymru are currently working with Ms Crosbie to see these aspects adopted as part of legislative changes to the UK Government’s Animal Welfare (Kept Animals) Bill.

Supported by MPs from all over the country

Ms Crosbie said: “I introduced a Ten Minute Rule Bill in July which was supported by MPs from all over the country and I was really proud to be a Welsh MP introducing legislation in Westminster that was going to be leading the way not only for Wales, but also for England.

“I’m particularly grateful to NFU Cymru’s Anglesey County Adviser Iestyn Pritchard for taking me around Anglesey to meet many of the farmers whose stock and businesses have been affected by these attacks, so I could hear first-hand their harrowing stories and reflect them back to ministers. As part of this work, we carried out some TV interviews to further highlight the problem and it was incredibly humbling to be standing next to an affected farmer who was so clearly devastated by what had happened to his flock.”

During the meeting Ms Crosbie also made reference to the campaigning work she has conducted since becoming an MP Ynys Môn, including her Mental Health 100 campaign that provides mental health first aid training.

She told NFU Cymru members: “This is a cause incredibly close to my heart. I’ve really experienced first-hand how important mental health is. It’s an issue that we all need to be aware of, particularly so for the farming community and it’s come to the fore even more recently with Coronavirus and its social impacts – it’s a ticking time bomb.

“I’m trying to get as many people on the island trained in mental health first aid as I can, not just for their own mental well-being, but also in order that they can spot the tell-tale signs in others, as well as being able to sign post people to where they can get help.”

During his address to those on the virtual meeting, Mr Jones congratulated Ms Crosbie on her work as Ynys Môn’s MP and commended her ongoing engagement with NFU Cymru members.

Food production is in our DNA

He added: “As farmers, food production is in our DNA and we mustn’t lose those rural skills that we have in our rural communities; the ability to farm the land and to husband our animals is so crucial. I plead with you, Virginia, in any deliberations that you may have, that you safeguard the long term future of agriculture and its role in food production.”

NFU Cymru would like to thank HSBC for once again sponsoring the union’s series of county conferences across Wales.