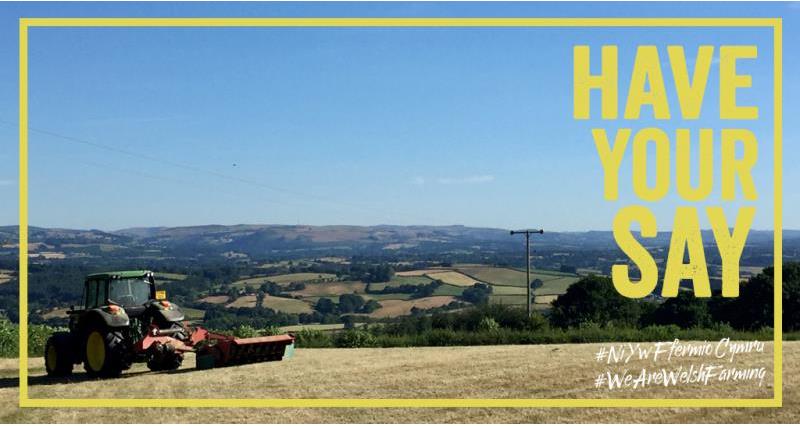 NFU Cymru has held a special event for tenant farmers to consider the potential implications of the Welsh Government ‘Brexit and Our Land’ consultation proposals on farmers who do not own the land that they farm.

The proposals contained within the Welsh Government’s ‘Brexit and Our Land’ consultation, published in July, set out how a policy centred around two large flexible schemes of economic resilience and public goods will replace the Basic Payment Scheme which is to be phased out by 2025.

Aled Jones, NFU Cymru Deputy President who chaired the event said: “Welsh Government, in their consultation, state they need to ensure that different ownership, landlord and tenancy models do not constrain their ability to deliver the outcomes and realise their vision for Welsh land.  They are currently consulting on whether devolved policy change is needed.

“It is clear from discussions that for some tenants there will be difficulties or barriers to accessing both the proposed Economic Resilience and Public Goods Schemes.  In the case of the Economic Resilience Scheme it is important to recognise that securing the landlord’s consent to take forward investment proposals is not straightforward in all cases; diversification activities may also be precluded by the terms of the tenancy.  In the case of Public Goods Scheme, the fundamental question of who – the person who owns the land or the person who farms the land (where they are different) – will receive the payment for the delivery of public goods in future is not clear, nor is the extent to which public goods delivery is reliant upon and directly linked to agricultural activity.  Some tenancy agreements specify what the land can be used for and prevent participation in public goods delivery if they are not deemed to be agricultural activity.

“Welsh Government is right to consult on whether there is a need to take action to ensure tenants can access new schemes; specifically whether devolved policy change is needed.  Whilst we are aware that across Wales and England, stakeholders have been engaged in discussions and made recommendations on tenancy reform via the Tenancy Reform Industry Group (TRIG), the practicality of Welsh Government delivering tenancy reform at the rate and scale required, so tenant farmers are not disadvantaged as a result of Welsh Government proposals, is far from clear.  That is why it is vital that future policy and investment must support those active farmers who take the financial risks associated with food production going forward.”

Concluding, Elwyn Evans, NFU Cymru representative on the NFU Tenants Forum said: “I was very pleased with the levels of interest and attendance at this meeting.  Moving forward to the future, NFU Cymru will build on the foundations of this event with further meetings on tenant related issues. ‘Brexit and Our Land’ is the most significant consultation for Welsh farming in a generation.  We urge all farmers to consider the proposals and get involved in the consultation process.”