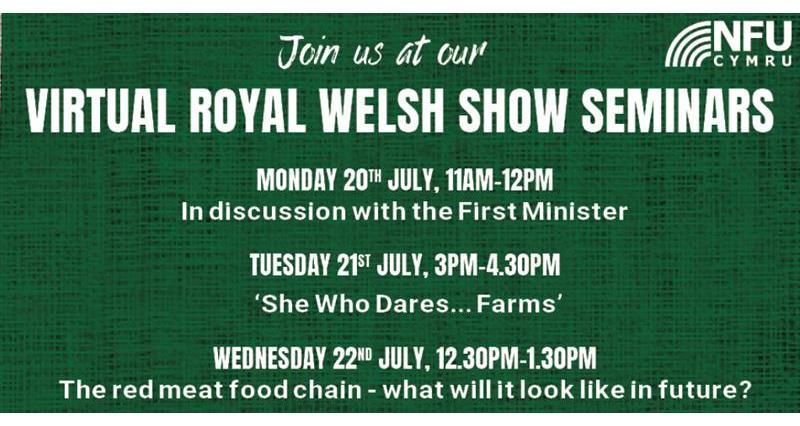 Seminar 1 - In Discussion with the First Minister

On Monday 20th July NFU Cymru President John Davies was in discussion with the First Minister, the Rt Hon Mark Drakeford MS. At this pivotal time for Welsh agriculture with our departure from the EU's single market at the end of the year and Welsh Government developing a new agricultural policy, there was much for the pair to discuss with a large number of members listening in and asking questions.

Tuesday 21st Julysaw the return of ‘She Who Dares…Farms’. Women involved with farming businesses came together to share knowledge, ideas and to raise the profile of women working in the farming industry. The event will featured Caroline Mason, Head of Agriculture at Co-op,; Abi Kay, Chief Reporter at Farmers Guardian; and Tracey Roan from the BBC2 series ‘This Farming Life’.

Semiar 3 - The red meat food chain - What will it look like in the future?