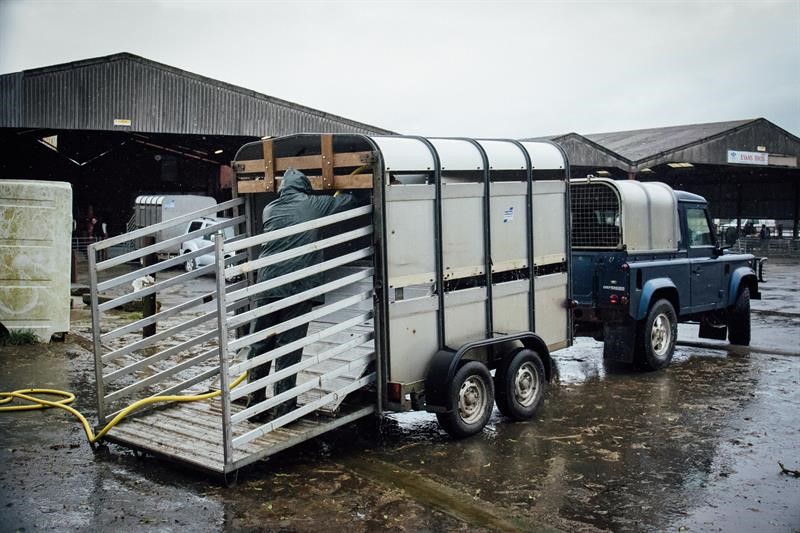 NFU Cymru says it is a ‘major blow’ that Welsh Government has decided to ban the live export of animals to the continent for slaughter following a recent consultation.

Responding to the announcement from Welsh Government around animal welfare in transport measures, Wyn Evans, NFU Cymru Livestock Board Chairman, said: “At NFU Cymru we are strong advocates of ensuring priority is given to animal welfare, be that on farm or during animal transportation. However, all regulation needs to be scientifically based on sound and independent evidence.

“Clearly the decision on banning of live export to the continent for slaughter or further fattening is a major blow, particularly when NFU Cymru had suggested an assurance scheme. This scheme included clear high standards before such animals could be exported using Ro Ro ferries on transport lorries with the highest specifications. Such a transport ban is illogical, based on crossing the short straits and to approved abattoirs in the near continent.”

Having consulted widely with members across all livestock sectors earlier this year, NFU Cymru submitted a comprehensive response to the Welsh Government consultation.

Mr Evans added: “We are also disappointed to hear that the above head height proposals of 20cm will be implemented. This will mean the costly redesign of many livestock transporters and in some cases reduce the carriage of livestock to a single deck. Moreover, such a decision could actually work against animal welfare, with the increased height allowing stock to mount each other during transportation. We are also concerned that government has decided to bring in this change when it would have been much better to improve awareness of fitness to travel before loading.

“On a more positive note, we do welcome changes in lower temperature restrictions that were originally proposed for cattle, sheep and pigs.”

“However, government has also failed to look at the wider picture here. Whilst we fully support the need for abattoirs and processing facilities to be as near as possible to production areas, this is not always possible and there is a real need to look at our abattoir network locations and encouragement of new ones where appropriate.”

Richard Williams, NFU Cymru Poultry Board Chairman, expressed his disappointment that the temperature restriction on poultry proposed will be implemented. He said: “This will cause issues to the supply chain during cold and hot periods of the year.”

Mr Evans concluded: “We do welcome Welsh Government’s commitment to work with the industry as changes come into force and let us hope therefore, they can be pragmatic and work with farmers and transporters for the best welfare outcome for Welsh livestock.”