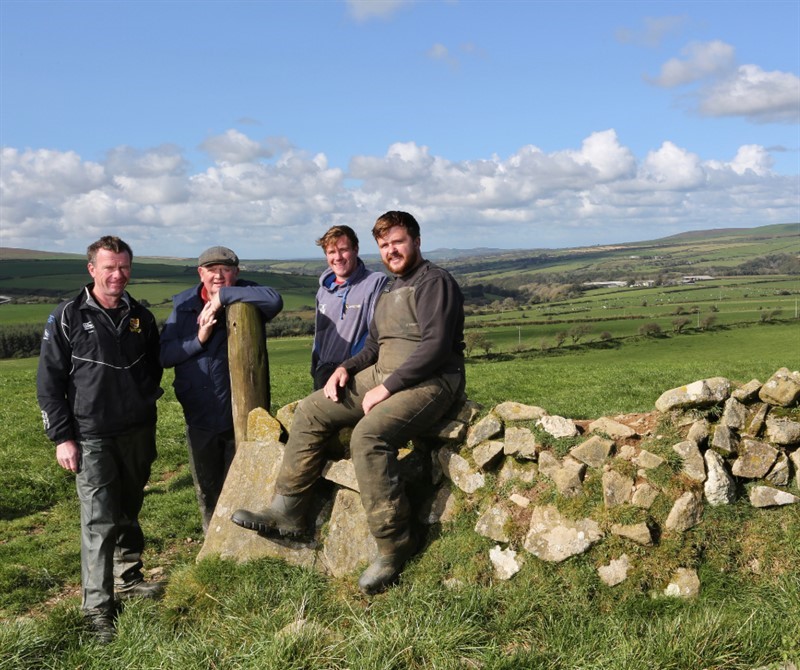 There is a reassuring constancy to the stark and hilly landscape where three generations of the Davies family make their living farming the land.

But while the Preseli Hills stand largely unchanged as farming has filtered down from one generation to the next at Penlanwynt in the Gwaun Valley, the family have adapted in tandem with the shifting economics of agriculture.

Gone are the Beulah Speckled Face ewes that Vivian had farmed, replaced by Texel x Mules to produce a heavier lamb. Gone too is the dairy herd, sold 15 years ago when the economics of small scale dairying ruled out investing in upgrading the milking parlour.

“It was a case of get out or get big,” Hedd recalls.

The herd had numbered 60 cows and the parlour was reaching the end of its working life.

“For me it wasn’t a tough decision to give up the cows, it was harder for my father because he had been milking cows for so many years,” says Hedd.

“When we sold the herd the kids were young, I wanted to spend more time with them.”

His sheep scanning business was growing too. “I couldn’t be everywhere,” he admits.

Sheep is always where Hedd’s main interest lay too so the business has developed around that enterprise as his two sons, Llyr and Gethin, have joined the business.

Ewe numbers have grown to 1,100 and they share grazing on 340 acres of pasture with around 700 store lambs which are bought locally and fattened. 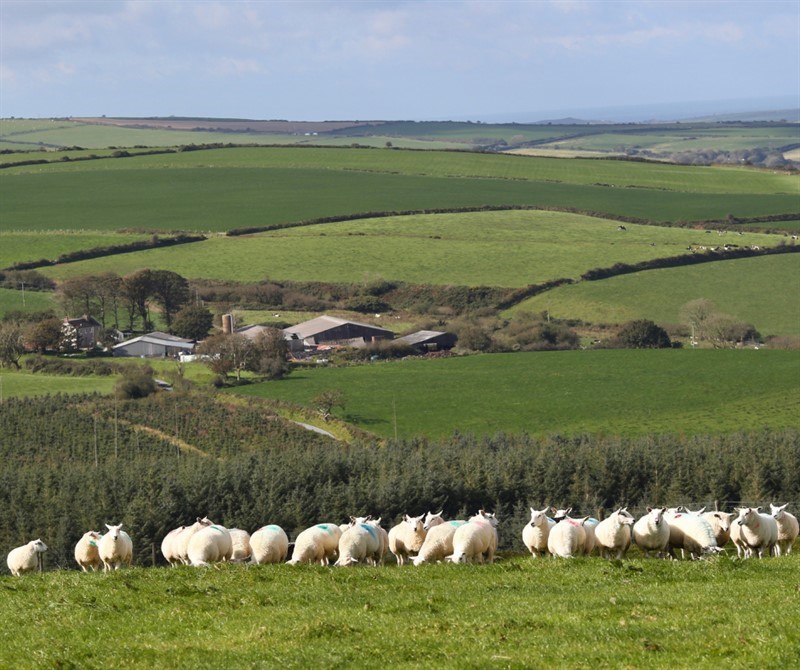 The flock, which scanned at 180% this year, lambs in three batches, in January, February and March. Lambing is indoors with ewes and lambs housed for up to five days before they are turned out to grass.

Lambs are all sold to Kepak in Merthyr Tydfil, from May and at a deadweight target of 21kg while the store lambs are fattened off grass and sold to Randall Parker Foods in Llanidloes.

When lambing gets underway, Hedd is in demand off-farm, scanning other flocks. He leaves home at first light, arriving home again in the dark.

“The boys are in charge and dad does his bit and I do what I can when I get home,” says Hedd.

His wife, Sian, who has a full-time job with the local authority, also lends a hand when she can.

Hedd has run his own scanning business for 20 years, buying the business from a neighbour.

Visiting other farms gives him a unique perspective on the different approaches farmers take to running their flocks.

“I pick up ideas on different ways of doing things,” he says.

He also enjoys the social element of meeting other farmers, although they like others have had to adapt their ways of doing things in the pandemic. “The days of going into the house for a cup of tea have sadly gone for now,” he says. 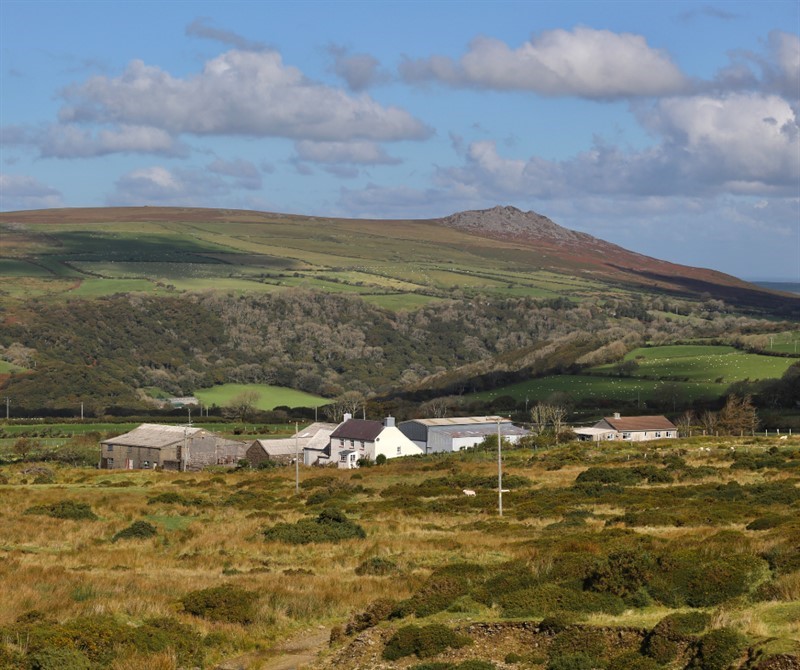 The farmyard at Penlanwynt sits at 900 feet, with the land at the highest point rising to 1,000 feet, which means long winters and therefore high feed costs.

“Our grazing season is shorter than it is in the lowlands, we are growing grass in the summer to feed as baled haylage for seven months of the year,” says Hedd.

But the challenging climate has not deterred Hedd and Sian’s sons from following the family’s farming heritage.

“I always encouraged the boys since they were small to come and help on the farm but they were never forced to,” says Hedd.

For Llyr, the route to farming wasn’t as direct as it was for Gethin who, at two years his junior, knew he wanted to farm.

Llyr, now 22, left school at 16 to work at a leisure centre. “He loved it there and he was able to help on the farm too because he did shift work,” says Hedd.

“Then one day, out of the blue, he said he really wanted to be at home on the farm full time. It’s fantastic having them both here.”

Like their father, both Llyr and Gethin have off-farm work to generate additional income to support the business.

They spend many weeks in the summer shearing - last year they sheared a whopping 22,000 sheep.

For many farming families, says Hedd, this has become the modern way of farming. “You have got to diversify, and have an additional income alongside the farm,” he suggests.

On a clear day, from the top of the farm, it is possible to see Ireland in one direction and the Snowdonia mountains in the other.

For the Davies family, their vision of what they want for their business is as sharp as that view.

“We will always try to produce meat, that’s the main objective, and to produce what the market wants,” says Hedd.

Llyr and Gethin share their father’s gritty determination to make it work, whatever comes their way. “We have to take it as it comes. We have learnt to overcome challenges, working the land as best we can,” says Llyr.