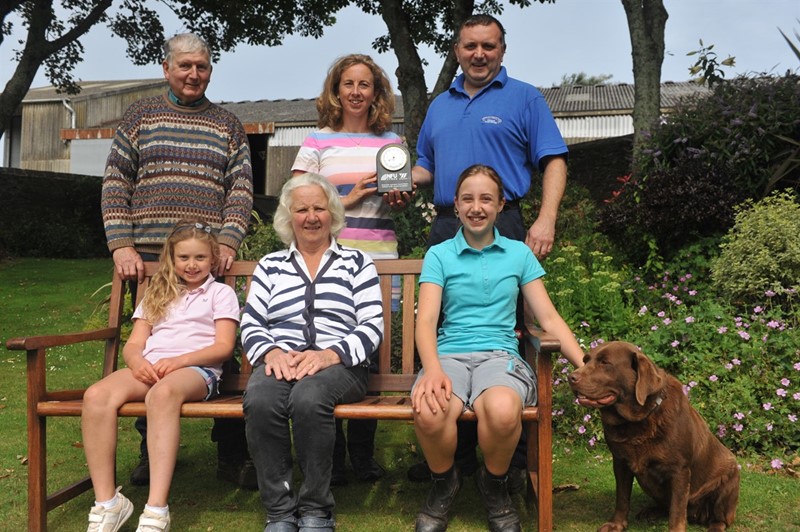 Improved soil life and crop cover resulting from a managed tillage approach to growing cereals is having a dramatic effect on populations of birds and other wild animals at a Pembrokeshire arable farm.

The Llewellin family’s well-practiced approach of minimising soil disturbance by doing only what is needed according to field conditions on the day is not only consuming less diesel, but is inevitably beneficial for soil health and biodiversity at Trewarren Farm, St Ishmaels.

By disturbing as little soil as possible, populations of deep burrowing worms have also increased and the soil’s water filtration properties have improved.

“It is incredible what we see when we are working in the fields,” says Jim, who farms with his wife, Christine, and son and daughter-in-law, Jason and Rosalyn. “I am no ornithologist but I do notice a big range of different kinds of birds.”

Managed tillage facilitates good agronomy, such as timely operations, and improves the overall land husbandry on this coastal farm.

It is therefore possible for the business to grow crops productively and profitably while mitigating environmental harm.

The catalyst for the system was a Less Intensive Farming and the Environment (LIFE) course that Jim attended in the 1990s at the Agricultural Research Centre at Long Ashton.

“It was around the time when straw burning was banned and we wanted ideas on what we could do with our straw,” Jim explains.

The knowledge he gained and shared, on reducing tillage and insecticide applications and crop rotations, has played a crucial role in the farm’s sustainability in the intervening years.

Chopped straw is now incorporated into all break crops, providing valuable organic matter to improve the structure and resilience of the soil.

The family has farmed Trewarren since 1955. Jim’s parents had admired Trewarren House, an imposing 19th century farmhouse, from afar despite it being uninhabited and looking unloved.

They seized the opportunity to buy it when it came onto the market with 32 hectares (ha); Jim was five-years-old at the time. 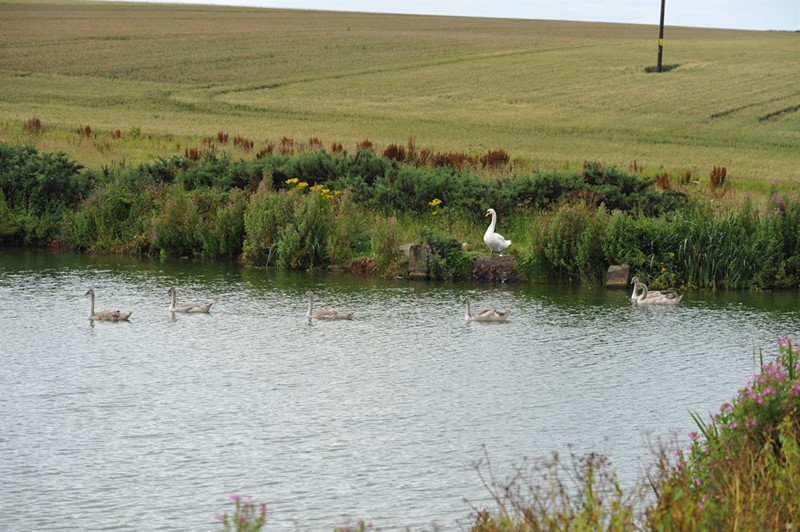 More land has since been acquired, increasing the acreage base to 400ha of owned, rented and contract farmed land – three-quarters of this is used for arable crop production and the remainder is permanent pasture, woodland, cliff land, ponds and let for growing potatoes.

The farm grows around 200ha of wheat, 55ha of winter oilseed rape, 20ha of beans and 20ha of canary seed. Their most challenging growing seasons ever forced a re-think last year with 20ha of barley being introduced when crops failed.

An on-farm modern crop storage building with an automatic temperature control system holds 2,000 tonnes of wheat, allowing grain to be kept at optimum quality until it is sold; a percentage is forward-sold on the futures markets up to two and a half years before it is harvested whilst oilseed is sold on a harvest pool for immediate movement to support cashflow and storage pressure.

The arable land is managed in six different blocks to allow one of the blocks to be rented out for growing potatoes on a six-year rotation to a local farmer.

All crops are drilled using variable seed rates to get good even plant establishment.

It allows various zones within fields to be managed differently, simplifying agronomy and day-to-day crop husbandry.

Despite it sometimes being described as prescription farming, variable seed rate technology creates flexibility within the system, says Jason.

“We can increase the seed rate in areas where we know we get poorer establishment, like the headlands and cliff edges, which means we get a more even crop and higher yields in areas that had previously low yield.”

The greatest immediate challenge to the business is the loss of plant protection products, in particular the withdrawal last year of a fungicide that protects wheat from septoria as the farm is geographically vulnerable to this disease.

To counter the disease threat, yet more scrutiny will be given to the resistance scores of the seed varieties used, says Jason, who sits on the NFU Cymru Crops Group. 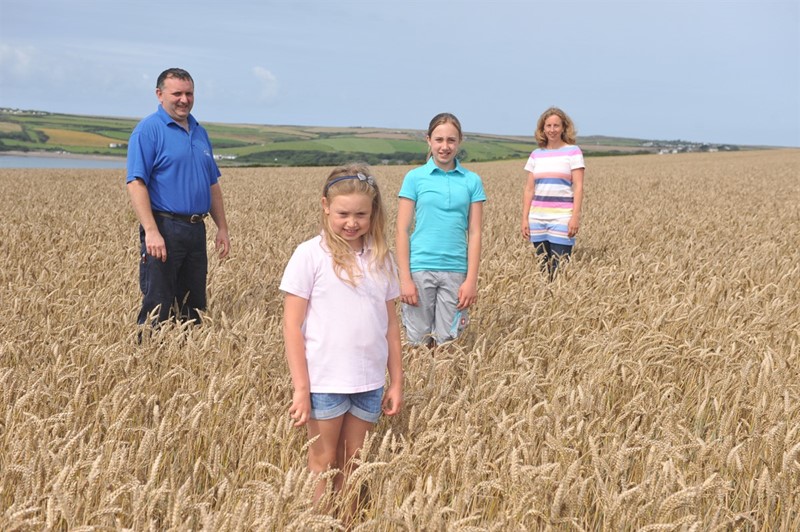 “As farmers we need to continually adapt, some of the cultivation methods we are employing are helping but one of the reasons we are not going down the no-till route is the threat of the loss of active ingredients.”

Insecticides are only applied when they are needed and slug traps are used to monitor populations allowing pellets to be applied on an informed basis.

The legacy of the Farmland Woodland Premium Scheme is evident across the farm with thousands of trees growing on less productive areas and steeper land.

Jim and Christine took advantage of the scheme in the 1990s, planting 25,000 broadleaved and coniferous trees. Also, 1,000 metres of hedges and six irrigation ponds have been created, which greatly benefits the local environment.

The family’s passion for farming and the countryside has filtered down through the generations with enthusiastic helpers in Jason and Rosalyn’s daughters, 12-year-old Rebecca, and Emma-Rose, 8.

They are early adopters of the family’s industrious spirit as each summer they set up a stall on the roadside, selling fresh produce from the garden to passing tourists in this holiday area; the money they raise is donated to the Pembrokeshire-based charity, the Paul Sartori Foundation.

Should the girls choose to become farmers, there is an exciting future for them, Jason reckons.

“There is good demand for the crops we produce and there are exciting times ahead with initiatives for carbon capture and reducing our carbon footprint.”

Jason predicts that the time will come when more home-produced proteins are incorporated into feed mixes, replacing imported soya. 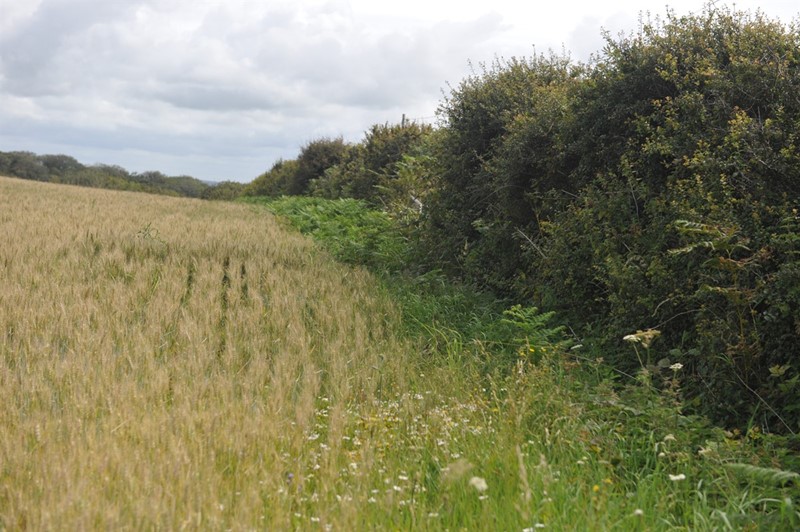 A case in point is the beans grown at Trewarren, he says. “The margins are so tight that we only grow them as a break crop but it seems a bit ridiculous to be exporting our beans to Egypt when they could be used at the feed mill in Carmarthen.

“From the point of view of sustainability of agriculture it would be nice to see them being used close to where they are grown.”

Educating the next generation about farming extends beyond the immediate family.

Rosalyn has played a key role in forging a relationship between food and farming and education by organising several curriculum-based school visits to the farm to discuss topics ranging from the growing season for wheat and harvesting potatoes.

She even secured a visit to the local school by former Welsh Government Minister for Education, Kirsty Williams MS, after meeting her at the NFU Cymru Sustainable Farming Conference hosted by the union’s President.

Farming has come up trumps during the Coronavirus crisis, Rosalyn suggests.

“We have freedom for the children to enjoy nature and to have a healthy lifestyle, as farmers we count ourselves very lucky.”

The greatest pleasure the Llewellins get from farming is producing high quality food in harmony with nature – anything above that is a bonus they say, referencing the 2019 NFU Cymru/Wynnstay Sustainable Agriculture Award they were presented with at the union’s annual conference.

“We didn’t expect to be nominated and were even more surprised to win,” Jason admits.

But, if animals could talk, that sentiment would not be shared by the swan and her cygnets in residence at one of the irrigation ponds, the wild animals foraging and nesting in the generous field margins created without environmental scheme payments, and the birds chirruping in the hedgerows at Trewarren Farm.