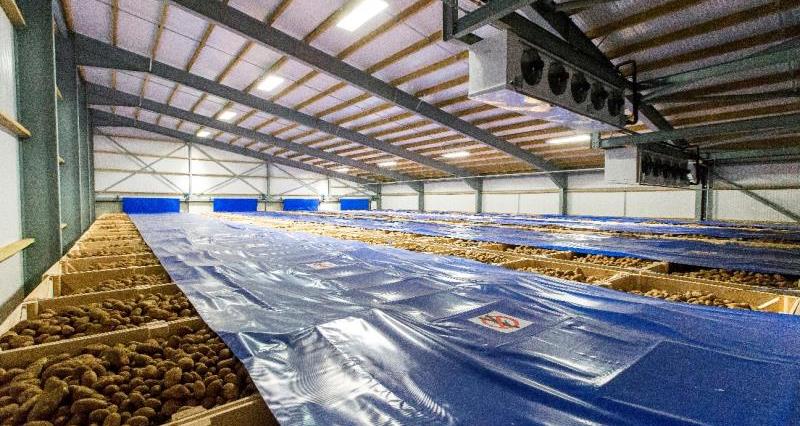 Potato growers have been having a tough time of it lately on the crop protection front, particularly in terms of the tools they have available to prevent potatoes from sprouting in store. So it will come as a relief that today HSE have with immediate effect removed the livestock feeding restriction for potatoes and other produce that has been treated with maleic hydrazide.

Sprouted potatoes increase the potential risk of exposing people to naturally-produced toxic glycoalkaloids, they also suffer significant moisture and volume loss, and require excessive peeling to remove sprouts, resulting in unnecessary waste. Suppressing this sprouting ensures safe and nutritionally better potatoes are available to consumers all year round, and significantly reduces food waste and ensures quality of supply for consumers and the businesses providing them with potato products – a supply chain has a combined value of over £8 billion to the UK economy.

For over 60 years, chlorpropham (CIPC) has been used safely as the mainstay protecting potatoes from sprouting during storage. CIPC is in the process of being banned in the EU and there is currently no direct alternative to it available to farmers within the UK. However maleic hydrazide is one of tools that can be used as part of a package of measures to manage sprouting, making its availability vitally important.

The availability of maleic hydrazide has been compromised though by a concern about data gaps around the safety of a breakdown product, which could make its way into the food chain through feeding potato waste and surplus to livestock. As a consequence a restriction on livestock feeding was to be put in place this season. The potato processing industry is not able to easily separate treated and non-treated potato waste streams, so the restriction on feeding that waste to livestock would either result a huge food waste issue, as treated potato material could not be used as livestock feed, or in significant storage problems for growers as they would effectively be prevented from using maleic hydrazide in the first place. The NFU felt that neither option was tenable and we have been raising the issue with the UK Government and the European Commission to seek a different solution.

NFU and other industry bodies are now quickly communicating this information to growers to make them aware of the change, so they can use maleic hydrazide with confidence its use is safe and without the concern that its use will create huge waste or supply chain problems.