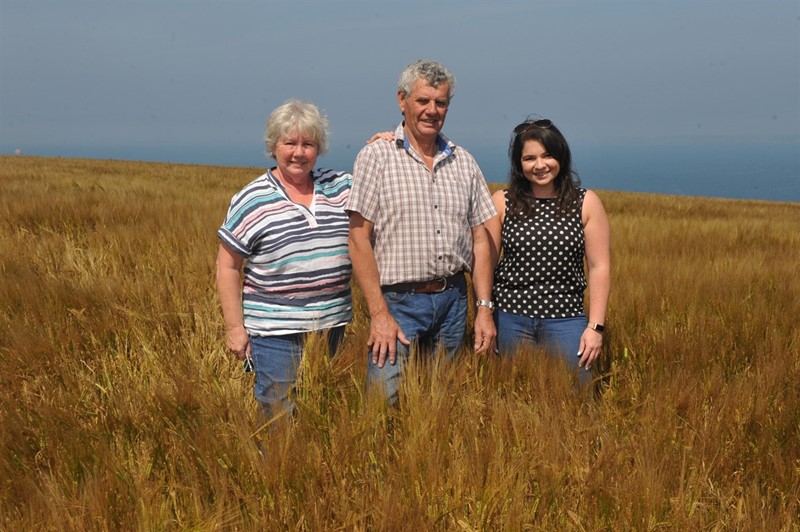 If the fairy godmother of agriculture appeared before Andrew Davies and offered to grant him a single wish he would ask her to bestow upon him an end to the weather extremities that can wreak havoc on a farmer’s best-laid plans.

The weather unleashed her fury on his winter crops in the 2019 planting season only to withhold much needed moisture from spring-sown cereals, the worst possible combination for an arable grower.

“In 2019 we had very good yields, some of the best we have had in any growing season, but we went from that to not being able to get crops in during the autumn, you just can’t plan for that,” concedes Andrew, who farms with his wife, Edna, on the coastal fringes of Pembrokeshire.

“We tried to plant one field with wheat three times but each time it failed, that has never happened before.

Farmers are often teased about their gripes with the weather but the pattern that is emerging, of very wet winters and summer droughts, could force a rethink on his future plans but for now Andrew is philosophical.

“It is too early to say on the back of one season what it might mean going forward but we wouldn’t want a repeat of that, it is the first year since I started farming in 1998 that we have failed to get crops in.

“We seem to be getting more extremes of weather, longer periods of one type of weather, I have never seen it as wet as it was last winter and for it to stay like that for six months.” 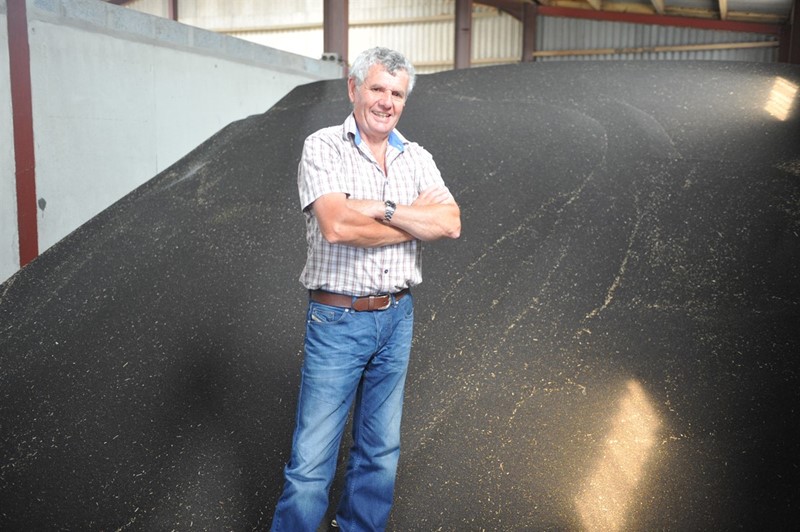 Andrew followed his father into farming at Redlands Farm, Hasguard Cross. The farm had been bought by his great-grandfather in 1904 and has always been run as an arable holding.
When Andrew left school, the family farmed 140 acres and there wasn’t sufficient acreage to support two families so he sought a career off-farm, establishing an agronomy and agricultural supplies business.

That business was hugely successful - and still is as he continues to run it alongside his farming enterprise, which he took control of in 1998 when his father, John, retired.
He and Edna, who was until five years ago the Head of Narberth CP School, set about growing the business and now farm 300 acres of owned and rented land.

They grow wheat, barley and oilseed rape on soils ranging from red sandstone to medium loam over clay. Within that rotation, land is let out for growing potatoes and silage or hay.
At 50%, they are growing the biggest proportion of spring crops ever this year as a legacy of the wet autumn.

“Ideally it would be all winter crops, it better suits our rotation,” Andrew admits.

At 2 tonne(t)/acre, the barley yields were disappointing in 2019– in an average year he would expect 3t - but the wheat performed well considering the challenges and although the tonnages have fallen short, global shortages strengthened the price to help offset this.

Oilseed rape is grown as a break crop - Pembrokeshire is one of the regions where crops are not at risk from the cabbage stem flea beetle. “We are lucky we can still grow it as a lot of regions have struggled since neonicotinoids were banned,” says Andrew.

The banning of active ingredients for combating pests and diseases is a source of concern, not least when they have been applied to imported cereal-based products widely on sale in the UK.

The banning of treatments needs to be science-led, Andrew insists. But adds: “Perhaps it is right that some are removed, but the biggest bugbear for arable growers in the UK is when our overseas competitors can use these products we are banned from using and the government is happy for these foods to be imported and sold here.

“There needs to be a level playing field and more transparency going forward.”

He already practices integrated crop management to deter diseases, paying close attention to seed varieties, but says the weather dictates what diseases and pests the crops will encounter, and that is at best unpredictable.

For his own situation, he worries about the banning of a product for combating septoria as this disease is prevalent in Pembrokeshire.

“If my father was alive now he would have a fit about the amount of new regulations that have been introduced, some of which we don’t like,” says Andrew. 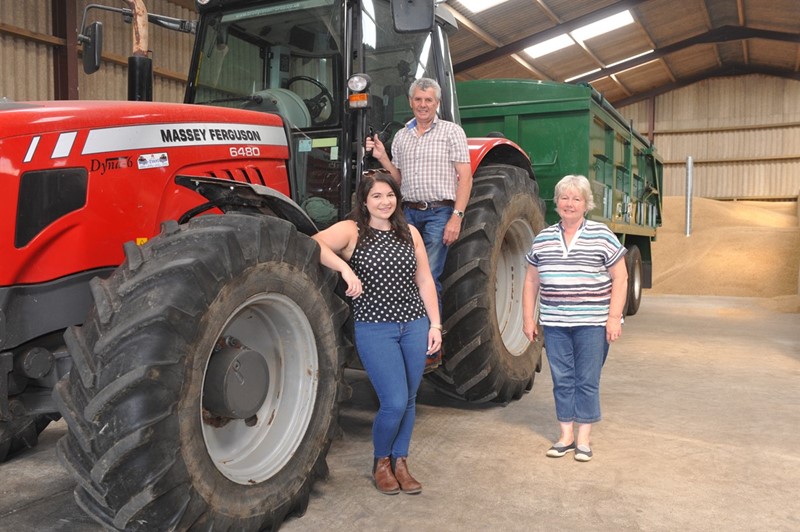 If farmers are going to have to grow cereals to feed the nation, he suggests it is time for a rethink on gene editing.

“Plant breeders are doing an excellent job and I hope that now we have left the EU, Welsh Government will look at the value of gene editing.

“If we are going to cut down on chemical use, plant breeding is the way to go and will be vitally important going forward.”

In the review of farm support payments, Andrew hopes that new environmental schemes will be more inclusive of arable growers.

“Glastir doesn’t encourage the arable grower, there needs to be more movement in this direction,” he believes.

“We have got a rough area of land on the farm that we could do something with in Glastir but there is no opportunity for that.”

Andrew’s favourite time of the year is the harvest, the culmination of everything an arable grower works for.

But it is often peppered with degrees of stress, not least that created by his old adversary – the weather.

It is all hands-on deck at harvest – Edna will turn her hand to all the jobs it dictates but draws a line at operating the combine harvester. Their daughter, Katie, who works for Agri Advisor at Pumpsaint, also helps when she can.

Their barley and wheat is sold to the livestock feed mill at Carmarthen or Cambrian Pet Foods and the oilseed rape to United Oilseeds at Liverpool.

The farm has a large grain store, for drying and storing the crops to sell between October and March.

Despite the combined commitments of the farm and his agronomy and farm supplies business, Andrew has made the time to undertake major commitments including the roles of past Pembrokeshire County Chairman of NFU Cymru and a former president of the Pembrokeshire Agricultural Society. He is the current Chairman of the NFU Cymru Combinable Crops and Horticulture Working Group.

YFC has played a big role in the Davies family – not least that this was the conduit for Andrew and Edna to meet.

Edna is a former Wales YFC Chairman and her daughter, Katie, has followed in her footsteps as she is the current holder of this position; they are thought to be the first mother and daughter combination to hold the role.

Covid-19 has put paid to the YFC activities Katie would have been involved in this year, but as a farming family the Davieses say they have been blessed to live and farm in rural Pembrokeshire during the pandemic.