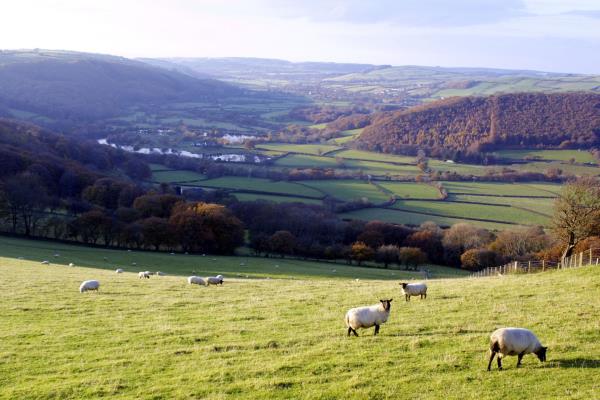 NFU Cymru has written to the Cabinet Secretary for Environment and Rural Affairs, Lesley Griffiths AM, to outline their priorities for RDP delivery during the period of the transition out of the EU.

At the recent NFU Cymru Rural Affairs Board, the Wales RDP was a key focus of discussion and, in the context of the EU Referendum last June, members expressed concern that time was now running out for the RDP.  Key opportunities were considered for the RDP post Referendum - a plan that must speed up, with delivery focussed on real, tangible benefits for Welsh farmers.  This included:

• Supporting investments on-farm through better resourced and more frequent application windows for the Sustainable Production Grant Scheme
• Development and roll-out of a new small scale Sustainable Production Grant Scheme to support many more farmers in Wales to make small scale investments
• Ensuring that contracts are developed and offered to all those farmers who have expressed an interest for Glastir Advanced 2017 ahead of the autumn statement
• Offering extensions to contracts to 2020 to all those who currently hold multi-annual agri-environment contracts, including Glastir Entry and Glastir Commons
• Re-opening a window for Glastir Organics to support those farmers wishing to convert to organic through the organic conversion process.
• Supporting investment in the environment through better resourced and more frequent application windows for the Glastir Small Grants Scheme

He added: “The evidence so far shows there is significant demand from farmers for farming related schemes, particularly those that support on-farm investment in infrastructure, the latest equipment and technologies and the multi-annual schemes provide the opportunity to secure the delivery of multiple environmental objectives. Having taken the time to develop these schemes, NFU Cymru believes that resourcing future windows provides the greatest opportunity to maximise the impact of RDP funds in the time left available.”

Concluding Mr Pugh said: “RDP funds in Wales have a very significant contribution to make to the vitality of farm businesses which, in turn, do so much to support the economic, social, cultural and environmental well-being of rural Wales. It is vital that Welsh Government now works with industry partners on the implementation of RDP schemes and initiatives, to deliver transformational change and lasting impact on Welsh farms.”