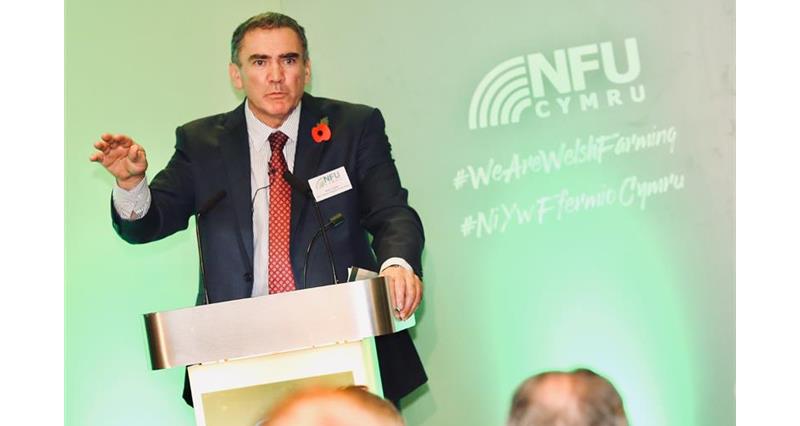 Information obtained by NFU Cymru from Natural Resources Wales has added to the union’s growing concerns that a decision on Welsh Government’s all-Wales Nitrate Vulnerable Zone proposals is being taken without a comprehensive understanding of costs and impacts.

In response to a Freedom of Information (FOI) request for information on the advice and evidence provided by Natural Resources Wales (NRW) to Welsh Government relating to regulatory proposals, NRW has supplied its comments on the adequacy of the draft Regulatory Impact Assessment (RIA); also making a number of points in relation to reputational risks to NRW and Welsh Government should a whole territory NVZ approach be taken forward.

NRW - Welsh Government’s principal adviser on issues relating to the environment and its natural resources - identified multiple shortcomings in the draft assessment, concluding that it did not fully follow Welsh Government’s own guidance for RIAs, leaving it open to challenge from a number of stakeholders.

NRW identified that the draft RIA did not follow its own guidance in terms of comprehensive presentation of options or how they are assessed. The RIA contains very little analysis on water quality, or the impact on the number of agricultural pollution incidents or diffuse pollution against Water Framework Directive classifications. NRW also questioned how proportionate the proposed measures were in areas where low nitrate concentrations are found.

“NFU Cymru has repeatedly expressed concerns that the proposals for the introduction of regulatory measures to address agricultural pollution have been developed without a thorough understanding of costs and impacts.

"NFU Cymru has consistently demonstrated commitment to safeguarding and improving water quality through our contribution to the Welsh Land Management Forum and its Agri Pollution Sub Group. We firmly believe that the recommendations published within the sub group’s Tackling Agricultural Pollution report of April 2018 provide the blueprint for a way forward. The report highlights the way forward as a programme of education, voluntary initiatives, incentives, investment and innovation underpinned by smart regulation and additional resources and monitoring. This approach will deliver improvements in water quality, where they are needed, at the same time as supporting NFU Cymru’s ambition for sustainable growth of the Welsh food and farming industry.

“Proposed new regulations will impact on every farm, every sector and every area of Wales.  A comprehensive impact assessment must consider the impact of an all-Wales NVZ on farm viability, the capacity of farm businesses to afford the cost of new regulations and continue trading, as well as the impact of proposed NVZ regulations on employment - both direct and indirect - on Welsh farms, the allied industry and wider supply chain.

“We are clear that no decision should be taken by Welsh Government without a comprehensive understanding of the full impact of that decision. The RIA is, therefore, a critical document.”

Concluding, Mr Jones said: “The information received from NRW through the FOI process only reinforces our concern that the RIA upon which an all Wales NVZ decision is to be taken is flawed.  As a result, NFU Cymru has written to Welsh Government and asked for the deficiencies to be addressed, with a fresh RIA to be undertaken without delay and ahead of the final decision to introduce regulation being taken.”

As we await a decision from Welsh Gov on its proposed water rules, the NFU in England has said Brexit provides an opportunity to rethink the NVZ approach, questioning its effectiveness in improving water quality & the inflexibility around closed periods 👇https://t.co/A41eIT5YeP