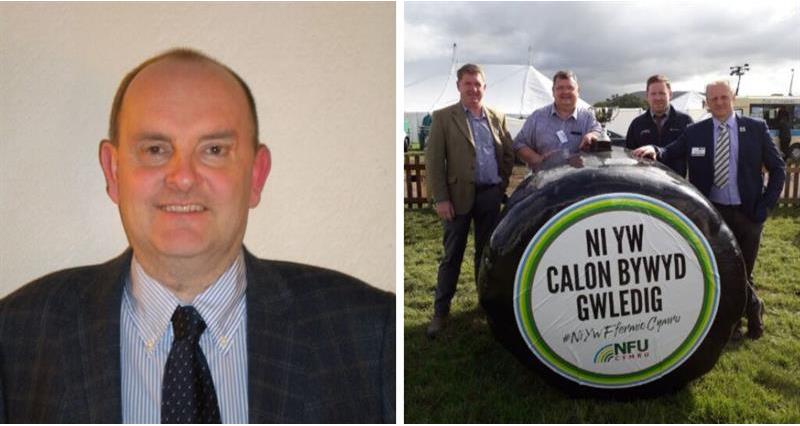 The NFU Cymru Clwyd branch has launched a new award at this year’s Denbigh and Flint Show in memory of their late County Chairman, Dafydd Jones. The Dafydd Jones Memorial Award will be awarded to the NFU Cymru Clwyd member who has made the greatest contribution to agriculture in the county.

Dafydd Jones, Pencoed Ucha, Pwllglas, suddenly passed away on 21 February 2019. Dafydd had courageously battled with Myeloma for the previous 18 months, but had, with sheer determination, taken on the role of Clwyd County Chairman following our AGM in December 2018. The Chairmanship of his first full county meeting in January was conducted impeccably, and one could sense from his enthusiasm, that Dafydd was indeed in his element amongst the people within the industry he was passionately drawn towards. Dafydd had represented his county on NFU Cymru’s Rural Affairs Board for eight years, a portfolio that suited his professional knowledge and wisdom perfectly. His input was always valid and measured, and he had gained the utmost respect by his fellow board members.

The award will be judged against three elements – the economic, social and environmental contributions made to agriculture. The judging panel, made up of county officeholders, will also look to see if the nominations share their success and failures with other farmers to encourage a prosperous industry.

Please contact your local NFU group office for a nomination form. The closing date is 16 September 2019 and following that, three farmers will be shortlisted for an on-farm visit by the judging panel. The winner will be announced at the NFU Cymru Clwyd AGM in December 2019.