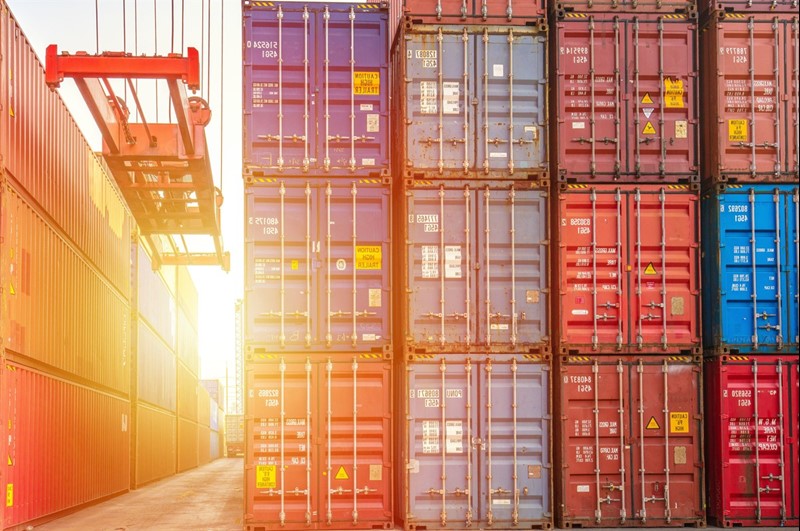 NFU Cymru’s International Trade update draws together all the latest political developments, the implications for NFU Cymru members, and the work NFU Cymru is doing on members' behalf.

UK – Australia Free Trade Agreement
On 16th December 2021 the UK-Australia Free Trade Agreement (FTA) - the first of its kind post Brexit - was signed in a virtual ceremony by International Trade Secretary Anne-Marie Trevelyan. The signature of the deal by both sides represents the end of negotiations and the texts of the final deal will now proceed for ratification.

The Agreement in Principle (AIP) which the UK and Australia reached in June set out the headlines of what would be included in the deal but there were some details left to negotiate, most notably for us how the quotas and safeguards will operate. In the end it is confirmed that all tariffs on goods traded between Australia and the UK will be removed, for most products this will happen immediately but for some namely; beef, sheep meat, milk, cream, yoghurt, whey, butter, cheese & curd, wheat & meslin, barley, rice and sugar, there will be a phase in period towards full market liberalisation. The UK has excluded tariff liberalisation from its commitments for pork meat, chicken meat and certain types of eggs and egg products.

The deal also confirms three elements considered by our government to offer UK farmers “safeguards”. The NFU welcomes the inclusion of these safeguard measures and believes that such provisions are prudent in ensuring domestic producers are protected against a surge of imports in the event it should be necessary. However, it must be stressed that these safeguard measures are all time limited in their nature, with differing durations and end points. The longest running safeguards are available through to Year 15 for beef and lamb. This means that from Year 16 there is absolutely no protection against import surges from Austrlia under the terms of this agreement.

In response to the signature of the final deal NFU President Minette Batters said: “There appears to be extremely little in this deal to benefit British farmers. We will analyse the detail in full but on the face of it, this is a one-sided deal. When it comes to agriculture, the Australians have achieved all they have asked for and British farmers will be left wondering what has been secured for them. It is disappointing that the safeguards for sensitive sectors are time limited. Equally concerningly, the UK has agreed that quota volumes of beef and lamb will be on shipped product weight, and not carcase weight. This favors the imports of high value cuts, such as striploins and boneless legs of lamb.

It’s also difficult to discern anything in this deal that will allow us to control imports of food produced below the standards legally required of British farmers, for instance on land deforested for cattle production or systems that rely on the transport of live animals in a way that would be illegal here. This deal simply serves to heap further pressure on farm businesses at a time when they are facing extraordinary inflationary pressure and sustained labour shortages, an issue the entire food supply chain agreed needed urgent action at a cross-sector summit earlier this week and its effects will be felt concurrently with the phase out of BPS and other trade deals coming on line.

In response we are calling on government to set out a detailed agri-food export strategy, with complementary policies that will enable UK farmers to compete and adjust to the likely increases in highly competitively priced product entering the UK market in the future. Implementing our 3-point plan for getting farming “Match Ready” would be a good start.”

On 18th December 2021, Lord Frost resigned over the direction of Boris Johnson’s government. The day before, the last round of talks on the Northern Ireland Protocol (NIP) with the EU concluded without achieving the much-hoped progress; in Lord Frost’s words “It is disappointing that it has not been possible to reach either a comprehensive or worthwhile interim agreement this year. A solution needs to be found urgently early next year”. It’ll now be Liz Truss, the UK Foreign Secretary’s job to ensure that the UK’s relationship with the EU runs as smoothly as possible. She will lead in partnership with Chris Heaton Harris MP (Minster of State for Europe), the ongoing negotiations to resolve the problems arising from the operation of the NIP on top of her current job as Foreign Secretary of State. In her first statement since the new appointment, she made clear that the UK position has not changed. “We need goods to flow freely between GB and NI and to end the role of the ECJ as the final arbiter of disputes”. Talks between the UK and the EU on the NIP will resume in the new year under the French presidency of the Council of the EU.

On the 14th September 2021, the government announced changes to the timetable for introducing import border control processes in the Border Operating Model. The existing controls that were introduced on 1 January 2021 will continue to remain in place. This includes export requirements for all goods and full customs declaration requirements for controlled goods at the point of import. New UK import requirements will be introduced on 1st January 2022, with goods entering the UK from the EU (with the exception of those entering from the Island of Ireland) subject to the new requirements. Further changes will be introduced on the 15th January 2022 for the EU’s Animal Health Regulations. The EU will require the use of new Animal Health Regulation (AHR) Export Health Certificates (EHCs) for goods exported from Great Britain (GB) to the EU or moved to Northern Ireland (NI) if an EHC is required.

The Food and Drink Federation (FDF) published its 2021 Q3 Trade Snapshot for UK food and drink imports and exports on 16th December. FDF reports signs of recovery from 2020 losses in non-EU markets, with exports up from 2020, and imports higher than pre-Covid-19 levels in 2019. Export markets in Norway, Japan, China, UAE, Singapore and Taiwan have seen growth between 2020 and 2021.

Trade with non-EU markets now make up over 45% of all UK exports of food and drink. In comparison, exports to the EU are continuing to fall, down 13.9% compared to 2020 and down 23.7% since 2019. Largely impacted by the effects of COVID-19 and the new trading relationship with the EU. FDF highlight how export markets in Ireland, Spain, Germany and Italy have been hit particularly badly hit following a four year downwards trend. As a result, the UK’s overall food and drink exports have seen a 13.5% change between 2019 and 2021.

With the upcoming negotiations for an FTA with the Gulf Cooperation Council (GCC), FDF have focussed on the growing exports to GCC countries, which increased 6% since 2020 to £451m driven by strong growth to the UAE. The report indicates strong potential for further export growth to GCC countries, to be strengthened further with a comprehensive trade agreement in place. 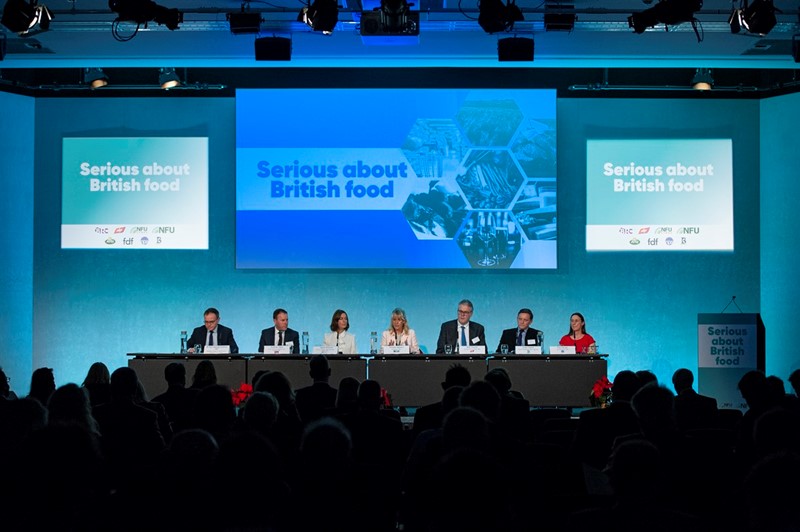 Around 50 stakeholders took part in the NFU's break out session on international trade during December's Food Security Summit in London. Over the next 10-15 years, the UK is likely to see an increase in the level of highly competitively priced imports of products which can be produced here. At the same time, global demand for food continues to grow, with population set to increase by more than a quarter over the next 30 years with almost 2 billion more middle class consumers on the planet by 2050.

There was consensus that accessing overseas markets is a positive endeavor, complementing efforts to increase the share of the domestic market supplied by UK producers. However international markets are highly competitive, and others already have footholds in the growing markets targeted by the UK government. To gain and grow our own market share in these markets, will require a huge collaborative effort from across industry and the government to seize the opportunities. UK industry and government collaboration will be vital. The findings of the breakout session will form the basis of a forthcoming NFU report and will be central to the work underway on developing an export strategy for the agri-food sector.

Discussed opportunities for agri-food in the GCC

In preparation to submit evidence to the Department for International Trade’s consultation on a free trade agreement with the Gulf Cooperation Council (GCC), the team met with the UK’s agricultural counsellor located in Dubai, Lorna Berdunova. Based in the British Embassy, Lorna oversees UK agricultural trade across countries within the GCC, focussing on market access issues and working with government and industry to find solutions and get results. Discussing opportunities for UK agri-food products, Lorna highlighted the growing markets in GCC countries and explained the trading challenges we currently face. Notably, emerging tourist destinations in the GCC and events such as EXPO2020 in Dubai is seeing increased awareness for UK food and drink. She also answered many questions to assist with our response to the consultation and our ongoing research for both the Trade and Livestock team export strategies.