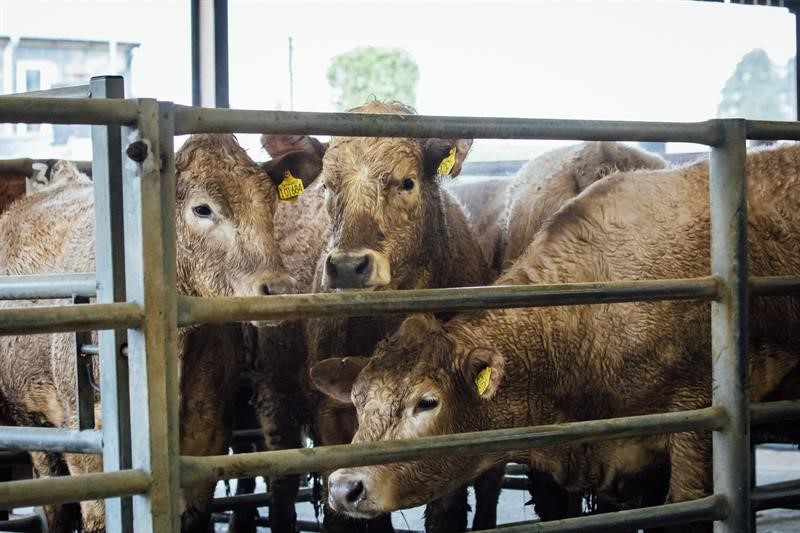 Meirionnydd NFU Cymru members recently met for their first face-to-face county meeting in over 18 months, in the cattle ring at Dolgellau Mart.

Members welcomed Rhys Davies, Managing Director of Farmer's Marts (R G Jones) Ltd who provided those present with an overview of the current position of the business, together with commentary on the current market.

During the meeting Rhys outlined that the year had been very challenging at times, but said he was proud the mart had been able to continue trading seamlessly and paid tribute to the team who ensured this had happened.

Rhys explained stock prices had been very strong which also helped the business, store lambs had been selling well along with store cattle and hope for an encouraging period of trading for breeding sheep sales.

It was outlined that the company is now one of the 'Rural Surveyors' Panel Firms' for NFU Cymru operating across north Wales and it also works with a number of banks and finance companies.

Farmers’ Marts Ltd has also been successful in securing Welsh Government funding towards upgrading mart facilities and that work is likely to be planned for the final quarter of 2021.

During the meeting, members received an update on the recent Welsh Government announcement on Glastir contract extensions, Nitrate Vulnerable Zone (NVZ) cases as well as prospective consultation on livestock movement, tagging and tracking.

Rhys Davies said: “The meeting was a good opportunity to update the agricultural community on what the company has been working on recently. It was an excellent chance to sit down and have an informal discussion with our customers and hear their views on trading stock at the moment.”

Rhodri Jones, Meirionnydd NFU Cymru County Chairman added: “It was really good to finally be able to meet in person once again and to have a catch up with old and new members before and after the formal meeting.

“We are fortunate to have an auctioneers’ company that acts directly on our behalf as members of the community. It's also good to have an open discussion with the Managing Director about what their priorities are going forward.”