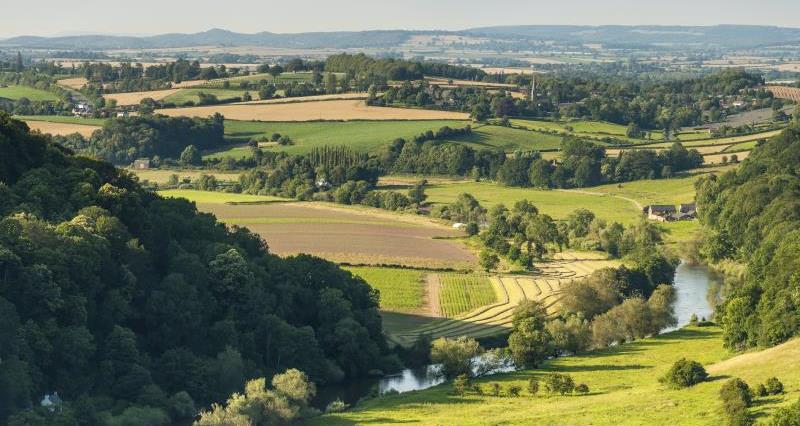 Farmers have become extremely frustrated with an environmental charity after it generated harmful publicity claiming the impact of local poultry farming was harming rivers in the region.

Since the Wye & Usk Foundation issued a press release with the sensationalist headline ‘Nation’s ‘favourite’ river facing ecological disaster’, a tranche of damning articles in the national press have followed, pinpointing poultry farms in mid Wales as the principal reason for an increase in phosphates in the River Wye, contributing to an increase in algal blooms. Natural Resources Wales (NRW) has subsequently stated the recent algal blooms came at a time when river levels were close to lowest recorded levels and following the sunniest May on record in the UK and its effect on warm water temperatures – all factors which contribute to the development of algal blooms in rivers. NRW also stated that long term phosphate levels in the Wye catchment have been declining.

The poor portrayal of the industry in recent weeks, all of which has all stemmed from the Wye & Usk Foundation statement, has left farmers feeling scarred and hurt that an organisation with whom they have worked in partnership for many years on fencing off watercourses and other measures to enhance water quality, could issue such a reckless and damaging statement.

Following a virtual NFU Cymru Brecon & Radnor and Monmouthshire county meeting where the matter was discussed, egg producer Gwyn Price said: “We have always been open to working with the Wye & Usk Foundation and other organisations. I, like many farmers I have spoken with, feel that trust, respect and confidence in this organisation is now undermined as a result of its gross misrepresentations of farming in mid Wales. I have made it clear that representatives of the Wye & Usk Foundation are not welcome on our farm again after the detrimental statement they have released.  I think the public deserve to know factual information and as poultry producers we are highly regulated, monitored and routinely inspected.

“Natural Resources Wales had stated the phosphate levels in the Wye are declining and proactive visits to poultry units have identified no serious issues. As poultry producers we are proud to produce eggs and meat that form a staple part of an affordable, versatile and healthy diet. We are proud of the animal health and welfare, environmental and food safety standards that we operate to and that are regularly checked and verified by government and their agencies, alongside independent assurance bodies and our customers.

“Diversification into poultry production has provided an opportunity to secure a future for the next generation on many of our farms, keeping young people in our rural communities. The Wye & Usk Foundation’s press notice is a scathing attack on the poultry sector, damage like this takes a considerable amount of time to recover from and trust may never be restored.”