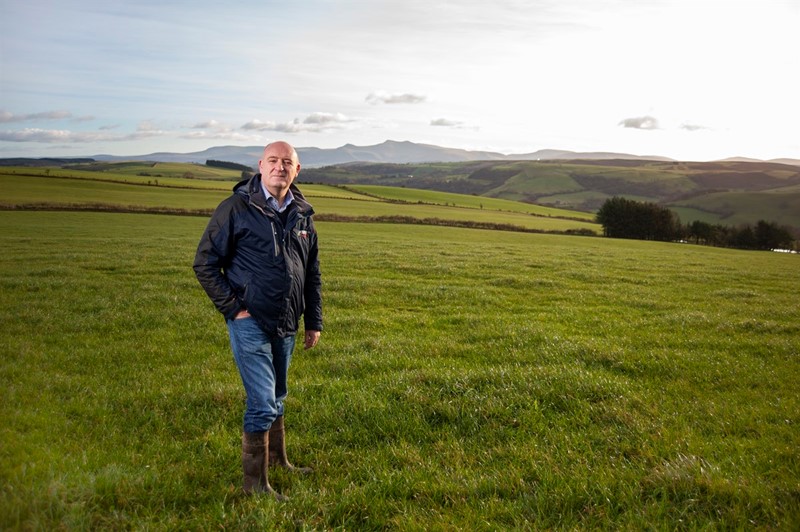 NFU Cymru has expressed its concerns in its response to the news that the UK and Australia trade deal has been finalised.

NFU Cymru President John Davies said: “NFU Cymru expressed its concerns about the free trade agreement in principle between the UK and Australia back in the summer and it now appears that those fears have been realised. We will, of course, analyse the detail in full but on the face of it, there do not seem to be any tangible benefits that will deliver for Wales’ family farms. NFU Cymru is ambitious for the future of food production here in Wales, but we expect to be able to compete on a level playing field and this deal does not deliver that. In agricultural terms, the Australian negotiators have secured all they have asked for, while Welsh and British farmers can quite legitimately ask what has been secured for them.

“In particular, it is disappointing that the UK Government has succumbed to Australian demands to time-limit any safeguards for sensitive sectors. Despite assurances that these sectors would be afforded some level of protection, the final agreement confirms full liberalisation of dairy after just six years, while protection for beef and lamb will cease after 15 years.

“To be absolutely clear, this means there will be no safeguards available for any products if imports reach damaging levels after that 15-year period has passed. Welsh farmers will be just as concerned that the UK Government has agreed to beef and lamb quotas which will favour imports of high-value cuts, despite this being the end of the market where our farmers tend to derive any value from their hard work. This particular detail is likely to be of significance in Wales where we have such a high proportion of family beef and/or sheep enterprises.

“It’s also difficult to discern anything in this deal that will allow us to control imports of food produced below the standards legally required of British farmers, for instance on land deforested for cattle production or systems that rely on the transport of live animals in a way that would be illegal here.

Only last year over a million people signed an NFU and NFU Cymru food standards petition making it clear that they want the food they eat to be produced to world-beating standards. It is illogical, therefore, that this deal is not insisting on those standards from imports into this country. At a time when our industry is making concerted efforts to tackle the effects of climate change and drive the NFU’s Net Zero 2040 aspirations this deal is, simultaneously, threatening to export our environmental obligations elsewhere. We should not see a situation where the intentions and ambitions of Wales’ next generation of young farmers to be the most climate-friendly food producers in the world are undermined in this way, which is very real prospect given the trading conditions set out in this deal.

“The UK Government needs to level with farmers about the commercial reality of this and ditch the soundbites that lost any meaning a long time ago. We need UK Government to set out a detailed agri-food export strategy, with complementary policies that will enable farmers in Wales and across the UK to compete and adjust. We have seen some progress as the UK Government begins to set out its export strategy, but much, much more is needed and implementing our three-point plan for getting farming ‘match-ready’ would be a good start.

“I hope that our elected representatives in Westminster will now take a good, hard look at this deal to see if it really does match up to the UK Government’s rhetoric to support our farmers’ businesses and safeguard our high animal welfare and environmental standards.”