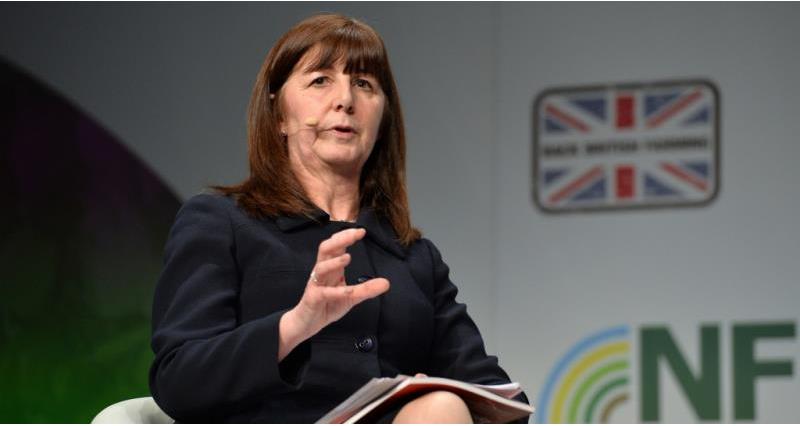 NFU Cymru is pleased that the document has a far greater recognition of farming, farmers and their primary role of food production in supporting the economic, environmental and social well-being of Wales.

NFU Cymru President John Davies said: “Welsh farmers’ contribution to the economic, environmental, social and cultural well-being of Wales is unparalleled. I am pleased that, in contrast to last year’s proposals, this consultation appears to better recognise the integral role farmers play in thriving rural communities and the economy of Wales.

“I welcome the commitment made by both the First Minister and Minister for Environment, Energy and Rural Affairs, to work in collaboration with the industry through a process of co-design. I look forward to having the opportunity to discuss with them in more detail at the Royal Welsh Show how we can work in genuine partnership on designing future policy.

“Our vision for a new Welsh agricultural policy launched in early 2017 proposed a single integrated flexible framework based around three cornerstones – productivity, the environment and stability. Last year in our response to Brexit and Our Land we stated that a policy based on these three cornerstones would deliver a truly integrated and sustainable agriculture programme.

“I am therefore encouraged that Welsh Government now also proposes a single integrated programme to support farmers which will include a sustainable farming payment, paid annually, with the aim of providing a stable income stream for farmers alongside business support measures. We now need to study the consultation in detail to determine how closely the Welsh Government proposals match our own vision.

“The proposals also appear to have a much stronger focus on a number of other key principles that NFU Cymru has previously said should form the basis of a future agricultural policy.  These include ensuring support is targeted at the active farmer, and rewarding farmers for the environmental goods that they already manage and deliver on their farms, alongside what they may wish to create in future.

“Welsh Government proposes that access to the new scheme can only be through a review undertaken by an adviser. I question the cost and value for money of such an approach, with the potential for a major shift of funding away from farmers to advisers. This appears to be an extremely complex and bureaucratic process and I question the practicality of such an approach along with Welsh Government’s ability to be able to implement a Wales wide adviser-led scheme such as this.

“Wales has an excellent track record of delivery through RPW Online, a programme designed in partnership with industry.  We very much believe that any new scheme should be implemented through an evolution of the RPW Online SAF application process rather than the compulsory use of an advisory service. Many of the sustainable farming actions identified will be common to all farming businesses and appear well suited to an RPW Online approach as opposed to individual bespoke contracts.

“I welcome the reaffirmation of previous commitments made by Welsh Government that once funding is returned to Wales, it will ensure that these funds are directed at farming, forestry and other land management support. It is vital that the full amount of current funding made up of both EU and domestic funding is available under a multi annual framework to deliver a policy that will realise our ambition of a productive, progressive and profitable Welsh agricultural industry.

“We must not forget the extreme political uncertainty we currently face with a ‘No deal’ Brexit a very real possibility this October, a scenario that would be catastrophic for food and farming in Wales. This is why last week I wrote to the Minister to highlight that a ‘No deal’ Brexit this autumn would seriously hinder the ability of NFU Cymru and our membership to be able to focus on this consultation if at the same time our markets were effectively closed as a result of punitive tariffs placed on our key farming products. If this scenario were to become a reality then I would ask that our Minister pauses this consultation so that all of our energies can be focussed on contingency measures to support our industry at a time of crisis.

“The proposals published today are, in our opinion, a step forward from what we saw last summer, this document appears to be far more consultative in its language with a commitment to closer working going forward.  At NFU Cymru we are absolutely committed to working with our Government and anyone else who shares our ambition for sustainable growth of the food and farming industry - Wales biggest employer.

“I remain optimistic that through this process we can build a policy that will realise our ambition for growth and mark Wales out as country producing food of the highest quality, underpinned by a strong and improving natural asset base, all whilst working to achieve the NFU Cymru aspiration for net zero agriculture by 2040.”

NFU Cymru will now be beginning an extensive member engagement exercise to gather views on the Welsh Government proposals.