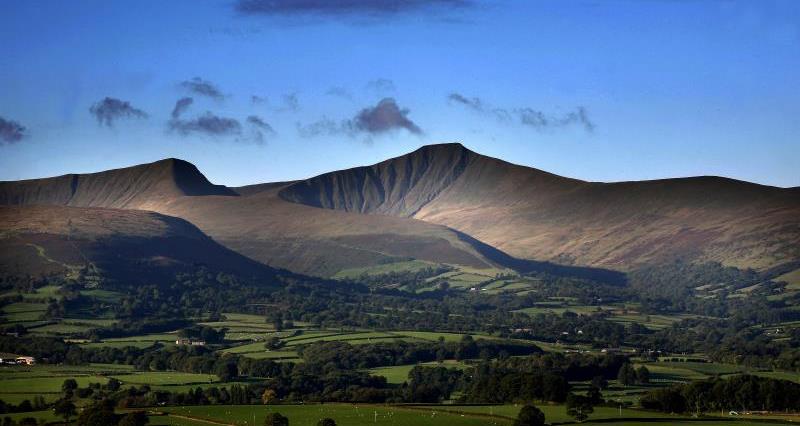 ‘Have your say on the most important consultation for the Welsh agricultural industry’, this was the message from NFU Cymru policy team to the hundreds of members who attended its recent Consultation and Brexit roadshows.

Led by Deputy President, Aled Jones, the NFU Cymru policy team recently embarked on a series of roadshows across Wales to engage with the membership and seek views on the current Welsh Government ‘Sustainable Farming and our Land’ consultation. The policy team also provided an update on the recent Brexit developments.

These roadshows (kindly sponsored by Barclays Bank) formed part of the union’s comprehensive member engagement programme, which has included a dedicated consultation seminar at the Royal Welsh Show and similar briefings at the summer county shows. The next phase will be county meetings across Wales, tenant meetings as well as commodity boards, culminating in an extraordinary meeting of NFU Cymru Welsh Council, who will decide on the final response to Welsh Government.

“The proposals in the current consultation appear to have a stronger focus on a number of key principles that NFU Cymru has previously said should form the basis of a future agricultural policy.  These include ensuring support is targeted at the active farmer, and rewarding farmers for the environmental goods that they already manage and deliver on their farms, alongside what they may wish to create in future.

“However, NFU Cymru’s vision for a future policy remains unchanged and any future policy must be based around three cornerstones of productivity, environment and stability. The current proposals have measures under the Business Support Scheme that address productivity, along with environmental measures that are addressed via the Sustainable Farming Payment, but the lack of stability measures to underpin high quality food production is a key concern.

“Comments at every event also expressed concern at the adviser-led approach being proposed by Welsh Government. Members unanimously rejected proposals to make access to the Sustainable Farming Scheme dependent on a Farm Sustainability Review undertaken by an adviser. It was felt that whilst there was a role for advice to be available for high level environmental outcomes and significant capital investments, the Sustainable Farming Scheme should be developed through an evolution of the current RPW online application process. This was the most cost effective way to ensure that future policy was able to support active food producing family farming businesses.

“The overwhelming and immediate concern at each of the roadshow meetings was understandably the alarming prospect of a ‘No deal’ Brexit, combined with anxiety and frustration over the low marketplace returns in the beef sector, in particular. It was felt that with a cliff-edge Brexit hanging over the industry now was not the time for Welsh Government to run a consultation that could have far reaching and long term implications for Welsh farmers and our rural communities. NFU Cymru has previously raised these concerns with Welsh Government but following the roadshows we have written again to the Minister, Lesley Griffiths, to request a suspension of the consultation.

“Whilst we hope the Minister will listen to our concerns and suspend the consultation, in the meantime I would urge every farmer to respond to this consultation – your voice counts! The policy proposals within this consultation will have a far-reaching impact on the industry; therefore it is vital that everyone has their say.”