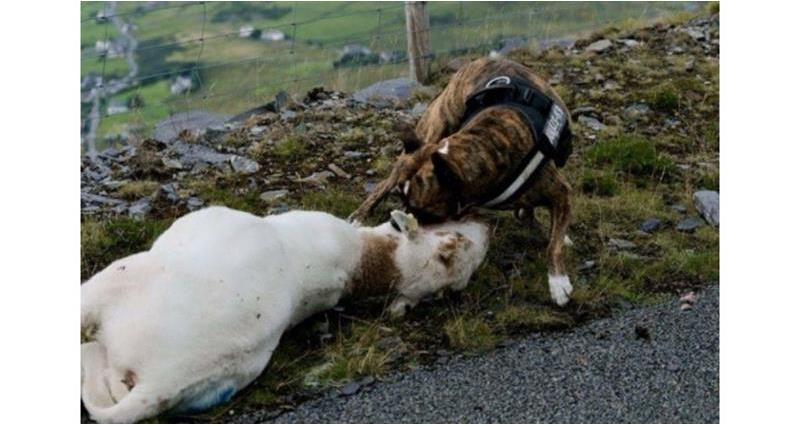 The meeting covered a range of issues that were linked to rural crime in its widest sense, but much of the discussion centred on livestock worrying by dogs.

Many of those present had been directly affected by such cases in recent months, and were particularly aggrieved by the circumstances around evidence collection and successful conviction of dog owners.

Mr Taylor outlined the provisions of the Dogs (Protection of Livestock) Act 1953 and the way in which the Act had become antiquated, surmising that in many cases it was no longer fit for purpose. He explained that he and his team were involved in co-ordinating an approach to seek to strengthen the law. This included clarifying how dogs are controlled around livestock, securing powers to collate evidence, prosecuting irresponsible dog owners and removing the rights of dog ownership post-prosecution.

In addition rural theft, wildlife crime and on-farm security formed part of a healthy debate during the evening.

NFU Cymru responds to 'Brexit and Our Land' statement

Mr Taylor said: “The rural crime team are doing their utmost to protect the farming community day in day out.  It’s as a direct result of our frustrations with the current legislation around livestock attacks that we are trying to move legislation forward with politicians at Westminster, to sharpen our approach to this devastating crime.”

He added: “In terms of farm theft, we urge everyone to note down or photograph, where safe to do so, the vehicles of any cold callers that arrive on farm; this provides us with the best intelligence of who is in the area, and aids the swift investigation of spates of theft.”

Brian Bown, NFU Cymru Anglesey County Chairman said: “We felt that it was timely to invite Rob Taylor to join us, in light of the number of livestock attacks that have been happening on members’ farms over recent months. Whilst there is some way to go to ensure that we secure convictions on this matter, it’s good that the rural crime team has seen the deficiencies of the current legislation and is seeking to secure changes.

“I would urge all members to actively record the details of cold callers that turn up on the yard, whilst it may not always help you, it may well help your neighbours if they are the victims of theft.”