Click here to send a message to your Senedd representative

Since the Minister for Environment, Energy and Rural Affairs’ ill-timed announcement that Welsh Government plan to introduce Nitrate Vulnerable Zones (NVZs) across the whole of Wales, I have seen and heard numerous misleading statements and reports used as reasoning for the disproportionate approach that is being adopted.

In this blog I want to highlight many of these false and inaccurate claims, correcting, contextualising and clarifying them where necessary.

One pollution incident is one too many

Firstly, I would like to directly address the deliberate misrepresentation by politicians and campaigners of a statement that I, and many other NFU Cymru speakers, have used over recent years: ‘One pollution incident is one too many’. This statement has been a guiding principle for NFU Cymru.  It is a signal of leadership and collective responsibility; we could not have been clearer that we absolutely do not condone agricultural pollution and accept the role that we need to play as a Union in tackling this matter. For anyone to quote the union’s use of this statement as some kind of justification for an all-territory approach that is not evidence-led is completely disingenuous. NFU Cymru vehemently rejects the untargeted and unscientific approach being adopted by Welsh Government and by taking this position we are not condoning any form of agricultural pollution that harms our environment. Instead, we want to see regulation that tackles those instances of bad practice, not handicapping the vast majority of farmers whose farming operation has no adverse impact on nearby watercourses.

Contrary to what some campaigners would have you believe, the number of agricultural pollution incidents in Wales is not rising. The evidence shows a clear downward trend of 28% in the number of agricultural incidents occurring in Wales in the last three years. Many of our catchments have incurred zero incidents of agricultural pollution in the last 10 years. Less than 12% (113) out of 953 Water Framework Directive waterbodies have shown to be failing due to agriculture. It is incredibly frustrating to hear politicians and campaigners continue with this position when it does not match the available evidence.

There are three agricultural pollution incidents per week

A lot of the coverage and interviews you will have seen since the announcement of the regulations seems to be spearhead by the claim that ‘there are three agricultural pollution incidents per week’. Once again, this statement lacks context and does not provide an accurate reflection of the real picture of issues affecting Welsh water courses.

The data that underpins this statistic needs to be understood against the context of Natural Resources Wales’ classification system, which, since 2016, has placed all incidences into high or low impact categories. It’s important to note that low impact incidents are defined as either a) having a minor or minimal impact or effect of the environment, people and/or property or, b) being a substantiated incident with no impact. However, the ‘three agricultural pollution incidents per week’ statement being peddled by government and others accounts for all incidents regardless of their severity, even if there is no impact whatsoever.

A more accurate way for government to portray these statistics would have been to separate those high and low impact incidents. The reality is that, using the Natural Resources Wales data available between 2001 and 2020, the number of high impact incidents – those incidents carrying a major, serious, extensive or significant effect on the environment, people and/or property – average out at one incident of agricultural pollution per fortnight.

While we are consistent in saying that we do not want to see any incidents of agricultural pollution and that an average of 25.75 per year is still too many, it is a far departure from the ‘three agricultural pollution incidents per week’ that the Welsh Government is claiming. The government’s wielding of this inaccurate and emotionally-leading statement is unhelpful when we should be assessing this situation based on incidents that are actually impacting on our environment. 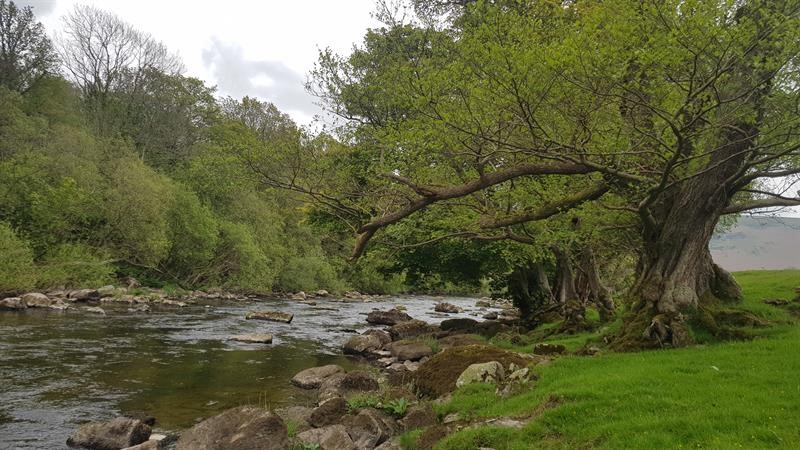 Welsh Government's approach aligns with the rest of the UK

Next up, the assertion that Welsh Government’s approach on NVZs aligns with the rest of the UK is simply not true. England (55% of land) and Scotland (14% of land) continue to designate discrete NVZs on the basis of evidence. If Welsh Government had based their regulations on the evidence undertaken by its own regulator, Natural Resources Wales, the designation in Wales would be somewhere between 2.3% and 8%. Although Northern Ireland has adopted a whole territory approach, farmers there received £140m of public funding at a grant rate of 60%. Which leads me on to…

Financial support is being made available to help farmers

The government’s claim that financial support is being made available to help farmers with the new regime. The Minister has announced just £11.5m of investment support despite the impact assessment identifying that £360m will be needed in upfront capital expenditure. This level of investment is woefully inadequate and suggests a worrying lack of understanding of the impact of these regulations.

The industry has not done enough

Another misleading claim made by Welsh Government, seemingly as further justification for the flawed approach that has been adopted, is that the industry has not done enough. As President of NFU Cymru I, along with NFU Cymru staff and officeholders, have committed a significant amount of time and resources to work, in good faith, with the Minister and her officials to put forward evidence for workable alternatives to the all-territory NVZ conclusion which has been reached. In fact, NFU Cymru led a project, part-funded by Natural Resources Wales, that developed the Water Standard, a Farmer-led Approach to Nutrient Management, but despite presenting the standard to the First Minister and Rural Affairs Minister nearly a year ago, we have yet to receive a substantive reply from Welsh Government. The expert, cross industry advice and recommendations put forward by ourselves and wider industry have not been heeded and, in some cases, not acknowledged and ignored altogether. Credible and viable innovative flagship approaches have not been backed with funding.

Throughout the numerous attempts to implore Welsh Government to follow the evidence NFU Cymru has, simultaneously, continued to engage with the farming community to raise awareness of the importance of action to improve water quality to farmers across Wales. The union has hosted farmer meetings and attendance at shows across Wales and providing information on the NFU Cymru website and its in-house membership magazine, Farming Wales magazine. The minutes from government meetings, the reports we have filed and the evidence we have gathered and presented show that NFU Cymru has driven a genuine, concerted industry effort to work with government on this important work, but that intention and goodwill has not been reciprocated by a government unwilling to engage with the available evidence.

Owing to the fact that Welsh Government’s own impact assessment has not assessed the extent to which levels of agricultural pollution are expected to decline as a result of the introduction of the all-Wales NVZ approach, we are extremely fearful that, based on the evidence we have seen and have highlighted to government, these regulations will not deliver the improvements we all want to see to water quality in Wales - but they will result in damaging consequences for many farming businesses and the wider rural economy. Let me be clear - the effects of these regulations will impact far beyond the farmgate as highlighted by the fact that last month, in an unprecedented move,  50 organisations from across the farming and the supply chain wrote to the Minister agreeing that whilst regulation should form part of the solution to tackling water quality, the NVZ approach should not be taken forward.

The Control of Agricultural Pollution Regulations have been called in for debate and a vote on annulment in the Senedd will take place on Wednesday 3rd March. I implore you all to raise your objections with your constituent MS and your regional MSs now using the quick and easy to use lobbying tool on the NFU Cymru website. Once you have filled out the form please encourage your neighbours to do the same. We cannot afford to leave our Members of Senedd in any doubt as to the strength of feeling on this issue and Welsh rural community’s opposition to these regulations.

Click here to send a message to your Senedd representative