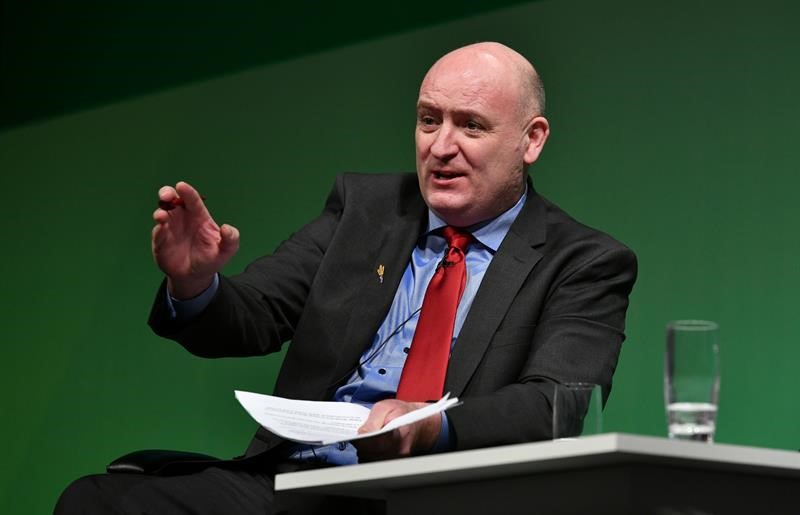 NFU Cymru has expressed profound disappointment that a vote to annul all-Wales NVZ regulations was narrowly lost in the Senedd this afternoon (Wednesday 3rd March 2021).

In responding to the vote, NFU Cymru President John Davies said: “My thanks go to the Members of the Senedd who stood up for rural Wales today by voting to overturn these regulations and who, like NFU Cymru, believe that there is a better way to safeguard and improve water quality in Wales.

“I am deeply disappointed that Welsh Government, in the height of a global pandemic, has proceeded with a copy and paste into Welsh law of one of the most ineffective and criticised pieces of EU regulation. I remain astounded why our government has totally ignored the 45 recommendations based on advice and guidance, voluntary approaches, investment support and smart regulation to improve water quality put forward in 2018 by an expert group chaired and resourced by its own regulator, Natural Resources Wales (NRW).

“I am disheartened that despite NFU Cymru taking forward and delivering a Water Standard that could form the blueprint to a farmer-led approach to nutrient management in Wales - a project designed and delivered in partnership with NRW and the industry, a project that was presented to the Minister in March 2020 for approval - 12 months on we have still not even received a substantive response from the Minister.

“It is clear Welsh Government never had any intention to work in partnership, engage with the evidence or deliver bespoke Welsh made policies to tackle water quality.

Over 11,000 emails sent to Senedd Members

“I would also like to thank all those farmers who sent over 11,000 e-mails to their Members of the Senedd highlighting their concerns at the impact these regulations will have on their business and rural communities. These numbers show the strength of feeling and deep anxiety that there is against this Welsh Government decision. I am also grateful to businesses from across the food and farming supply chain who have supported us, businesses that know the impact that NVZs will have as the productive capacity of Welsh agriculture is threatened. Just one of the many issues that Welsh Government has failed to appreciate or assess in coming to their decision.

“The levels of concern expressed mean that despite the outcome of today’s vote, this is an issue that we must continue to challenge and do our utmost to mitigate its impact on the Welsh food and farming sector.

“It is for this reason that we have instructed our legal team to explore a legal challenge against Welsh Government’s decision to introduce the regulations.

“I cannot understand why government has decided to proceed with these regulations without a grassland derogation, and that it has so far announced no new funding to support the £360m upfront investment costs that Welsh Government itself has estimated farmers will need to find to comply. The £11.5m announced by the Minister last month when she introduced these regulations is woefully inadequate. It’s not even new funding, having been previously announced in September 2020.

“Whilst we will continue to explore every avenue with the current government prior to the pre-election period, this issue will, I am sure, be one of the key matters that farmers will be raising with prospective Members of Senedd ahead of elections on 6th May.

Our lawyers have today written to Welsh Government to question the lawfulness of the decision to introduce new water quality regulations for the whole of Wales.

Welsh Government will need to explain

“Welsh Government will need to explain to the industry and its advisers how it proposes to support farmers to comply with these regulations. They have yet to publish any guidance despite the regulations coming into force in just over three weeks - this is unacceptable. Despite what some have said, these regulations will impact on every farmer in every sector. New record keeping requirements will apply to every farming business and failure to comply will result in sanctions on that business. Some of our most productive and efficient horticulture and arable businesses will be impacted as new limits are placed on when and how much nutrient they can apply to their crops, as will the dairy and livestock sectors who will also need to meet new slurry storage requirements. Consequences will be felt across farming and the supply chain with ramifications for other sectors. Farmers who support water companies through receiving biosolids on their land will also be negatively impacted, for example.

“For our part we remain committed to our work in promoting best practice and supporting farmers to tackle improvements in water quality where needed and we will continue to promote this through our communications channels. Safeguarding and improving water quality remains a key priority for NFU Cymru but we are clear that our ambition will not be achieved through an all-Wales NVZ.”