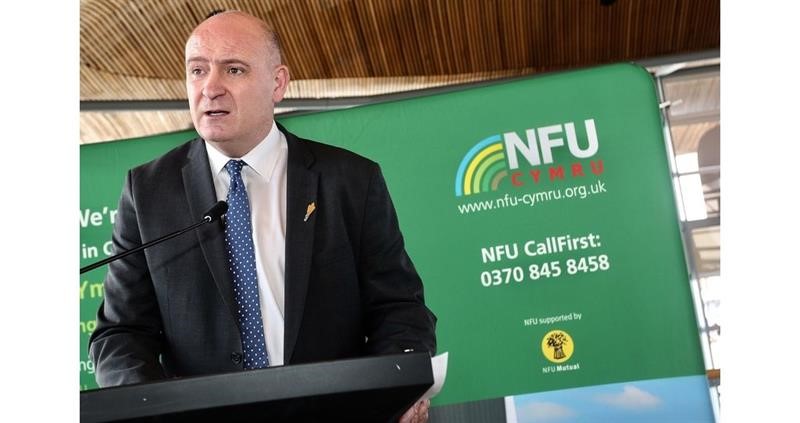 NFU Cymru is astounded by Welsh Government’s announcement introducing an NVZ designation across the whole of Wales at the height of the Covid-19 pandemic, labelling the package to support farmers to adapt to such drastic changes as ‘woefully inadequate’.

Given the gravity of the current Covid-19 pandemic and previous statements from the Minister that she was not minded to until the Covid crisis had come to an end, NFU Cymru believes that the industry will feel misled by the government’s u-turn.

NFU Cymru President John Davies said: “NFU Cymru is absolutely clear that an all-Wales NVZ is indiscriminate and punitive. It will affect every farmer, every sector and every area of Wales who will be subject to draconian record keeping, complex restrictions on the day-to-day running of their businesses and, for many, exorbitant costs.

“We can only conclude that, in taking this decision, government continues to have absolutely no comprehension of the impacts of these regulations. The levels of investment that the Minster has committed to help farmers adapt to these new conditions is, frankly, woefully inadequate when you consider the capital investment support given to farmers in other countries where similar approaches to water quality have been adopted.

“It is incredulous to think that Welsh Government has opted for a lazy ‘cut and paste’ of the much-discredited EU Nitrates Directive – an unwieldy, inflexible and outdated example of EU regulation - just weeks after the end of the EU withdrawal period.

“NFU Cymru has never defended the status quo. We recognise that one pollution incident is one too many – we take our environmental responsibilities seriously. On behalf of our members, we have invested significant time and resources in good faith in working with government, regulator and other stakeholders on the development of a framework that enables farmers to take action to improve water quality where this is needed. NFU Cymru has always accepted that a regulatory backstop may be needed, but this must recognise and take account of the regulation that is already operational in this sphere and it must be evidence based, proportionate to the risk and targeted to areas where water quality improvements have been shown to be needed.

“Welsh farming underpins the £7.5 billion food and drink industry. NFU Cymru is hugely ambitious for the future of Welsh farming. Welsh Government’s announcement to introduce NVZ across the whole of Wales undermines and stifles this ambition. We are extremely disappointed that Welsh Government appears to remain oblivious to the significant limitations and damaging impacts of the NVZ approach. Welsh Government has demonstrated a profound lack of ingenuity, and indeed ambition, to fail to put in place a system ‘made in Wales, for Wales’ that improves the environment whilst enabling our industry to reach its full potential.

“We are extremely grateful to Members of the Senedd, from all political parties, who have previously showed a willingness to work with us and engage objectively with the evidence. Following today’s announcement, NFU Cymru remains committed to challenging these damaging regulations and pursuing every possible avenue available to seek to mitigate their harmful impact.”

(members will be asked to log-in)

Here's a snapshot of our activity since 2016: