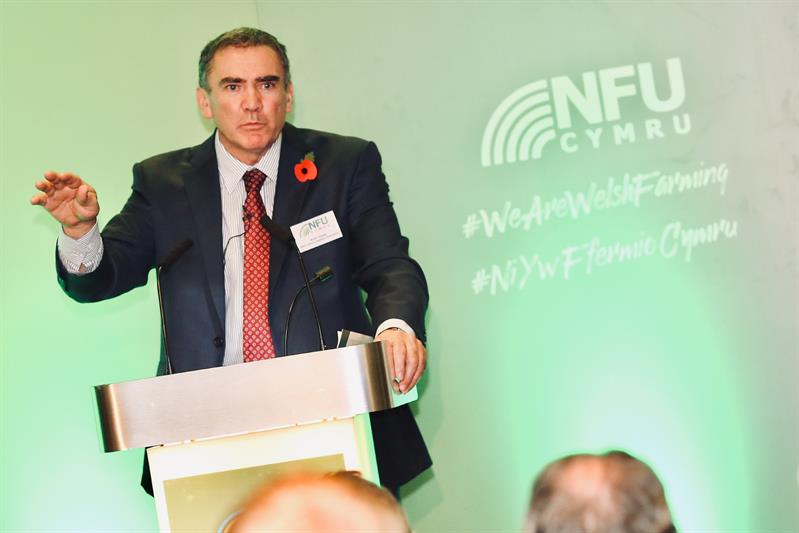 Information obtained by NFU Cymru under an official information request has highlighted significant deficiencies in Welsh Government’s preparations for the proposed introduction of all Wales Nitrate Vulnerable Zone (NVZ) from 1st January 2020.

In response to an Environmental Information Regulations (EIR) request for information on the investment plan to support the farming industry to comply with new regulation, together with detail of all communication with the Welsh Treasury in relation to the new regulations, Welsh Government has indicated that it does not hold any information.

NFU Cymru Deputy President, Aled Jones said: “The new NVZ rules require that farmers will need five months slurry storage; six months for pigs and poultry manure.  This is just one aspect of the proposed new regulations that will be highly concerning and financially challenging for farmers, particularly in the context of ongoing Brexit uncertainty.

“The response to the EIR information request suggests that Welsh Government has made no plans to enable and support the sector.  This is alarming when you consider the support provided by the Northern Ireland Executive over 10 years ago when the whole territory approach to NVZs was adopted. At that time Northern Irish farmers were supported with an investment package of £140m available at a grant rate of 60% to aid investment in infrastructure.

“Of course, an enabling planning system in Wales will be a pre-requisite to facilitating compliance with proposed NVZ regulations. Our members are frequently hindered and prevented by the planning system from taking forward infrastructure projects.  If the planning system does not work farmers will be faced with a choice of operating outside of compliance or going out of the sector altogether with all the consequences for jobs and the rural economy that entails. Welsh Government’s continued failure to recognise and address this is highly concerning.

“NFU Cymru is extremely dissatisfied with information disclosed in the information request relating to Welsh Government’s response to the Progress Report of the Wales Land Management Forum Sub-Group on Agricultural Pollution and its 45 recommendations.   Over 18 months on from publication, Welsh Government has not yet responded to the group’s recommendations.  This is disappointing when the Minister continues to refer to the work of this group as being extremely important. 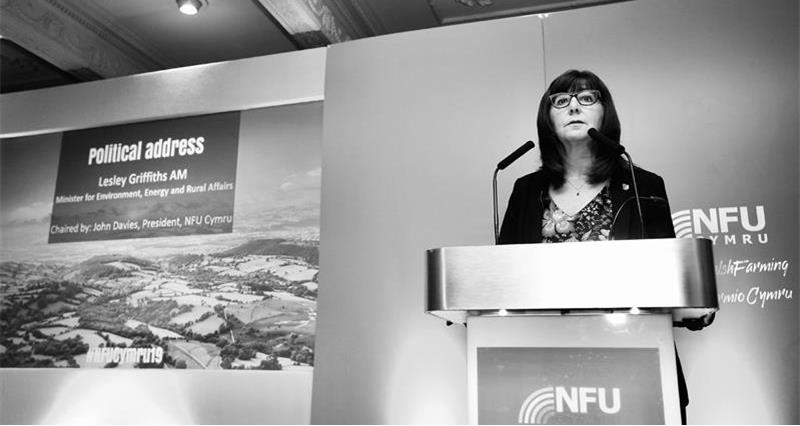 “Information requested on the assessment of evidence Welsh Government has undertaken in order to determine the closed periods in the proposed regulations, as well as the communications plan and Ministerial Advice provided ahead of the announcement, was withheld by Welsh Government. Members were relieved when the Minister said ‘the [closed period] dates do concern her’ and that she had ‘asked officials to look at it very carefully’ when she spoke at the NFU Cymru Conference in Llandrindod Wells earlier this month. This will be vital as the evidence shows a ‘farming by calendar’ approach will not work.”

Mr Jones added: “Overall, the response received to these information requests provides yet more evidence that Welsh Government continues to fail to understand the impact of the introduction of an all Wales NVZ.

“With just six weeks to go before regulations are set to come into force, no information on the new regulations has been provided on the Welsh Government website to prepare and inform the farming sector.  In this context how can Welsh Government reasonably expect farmers to be aware of the regulations, never mind demonstrate compliance?

“NFU Cymru has provided over 100 pages of evidence to the Minister for consideration in the development of the new regulations – this was the result of legal proceedings brought by NFU Cymru earlier this year.  This clearly shows the proposed new NVZ regulations are neither risk-based or proportionate. They will add significant cost and complexity for every farm business across Wales, whilst delivering very minimal water quality benefits. Welsh Government’s NVZ proposals are grossly disproportionate when there are a range of issues and sectors influencing water quality in Wales and NRW evidence shows that less than 15% of catchment failures under the Water Framework Directive are attributable to agriculture.  NRW evidence also shows water quality across Wales is showing general improvement with very many catchments in Wales incurring zero incidents of agricultural pollution”

“NFU Cymru is determined to pursue every avenue available to prevent the introduction of an unreasonable whole territory NVZ for Wales”.

The findings of these EIR requests follow continued NFU Cymru scrutiny of Welsh Government’s proposals. Last month NFU Cymru wrote to the Minister for Environment, Energy and Rural Affairs, Lesley Griffiths AM, urging for the proposed blanket NVZ regulatory approach to be reconsidered. Earlier this year NFU Cymru and legal panel firm JCP Solicitors and Counsel raised with Welsh Government concerns about the lawfulness of the proposed approach.