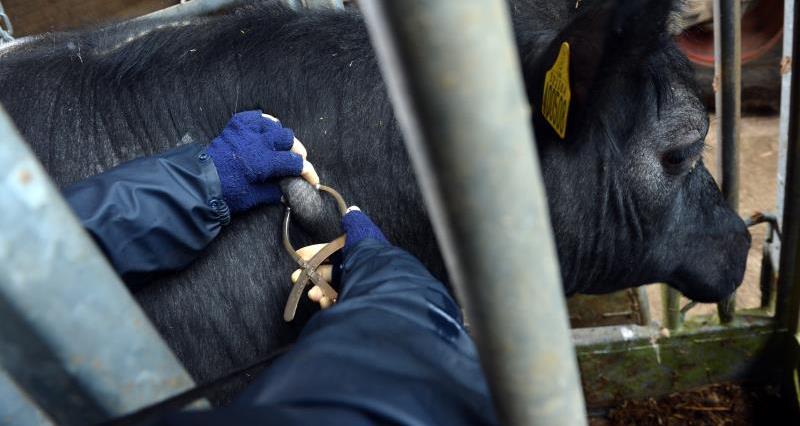 Following the publication of a bovine TB eradication strategy update from Defra on the 18 December, NFU Cymru is urging Welsh Government to take note of the emerging evidence in England.

The statistics found within Defra’s update underline the benefits of badger culling in reducing the level of bovine TB in areas of England where the disease is endemic.

NFU Cymru Milk Board Chairman, Gareth Richards said: “Figures released by Defra and comments by the Defra Chief Vet, Christine Middlemiss, make for heartening reading for English cattle farmers as they tackle the scourge of bovine TB. The two initial badger cull areas are seeing the benefits of reduced disease in cattle over the four year cull period, with the number of new confirmed cattle breakdowns down by around 50%. In the Gloucester area the incidence rate has dropped from 24% to 12% in the 12 months following their fourth year of badger culling. Similar results were observed in Somerset with new incidence dropping from 10.4% to 5.6%.

“This is in stark contrast to the strategy employed in the High TB Area in South West Wales where we know there is infection in the badger population. New herd incidences here remain unchanged over the last 12 months at 12.5 new breakdowns per 100 Officially TB Free (OTF) herds, but this is an increase compared to 24 months ago when the figure was 10.5 new breakdowns per 100.

“This is despite stringent cattle control and strict biosecurity measures employed by those farming families suffering the misery of a TB breakdown. The reality is that the disease situation is, at best, static in this area of Wales, which is in direct contrast to areas of England where culling has taken place over a period of time.

“Latest statistics show that nearly 10,000 cattle were slaughtered in the year to September 2018. This cannot be allowed to continue if we are to have any hope of getting on top of bovine TB and meet Welsh Government’s own target of total eradication between 2036 and 2041.”

Gareth Richards continued: “The news from Defra shows the benefits in terms of a reduction in disease from a comprehensive TB eradication programme. Cattle testing, movement controls, biosecurity and vaccination of badgers are a vital part of any eradication strategy. However, the effective control of badgers in areas where we know that they are suffering from disease must also be part of the strategy if we are to have a truly comprehensive TB eradication strategy in Wales.

“Welsh Government has so far ruled out following the strategy employed in England to actively remove the disease from the wildlife population. However, on the basis of the recent evidence emerging from England, we urge the Minister to urgently reconsider that decision.

“We just want to see a healthy wildlife and cattle population in Wales.”