Agriculture will once again take centre stage with the return of the Royal Welsh Show from Monday 23rd July – Thursday 26th July.

The Llanelwedd event is an ideal opportunity for NFU Cymru to meet with politicians, key stakeholders, retailers, partner organisations and other lobbying groups to discuss the future of the farming industry in Wales.

But while there is plenty going on behind the scenes, there is also a whole host of public facing activities being laid on by NFU Cymru and its partners at NFU Mutual. Below are some of the events we are encouraging members to join in and support as part of their visit to the Royal Welsh Show this year. A detailed run-down of NFU Cymru's popular series of seminars, which this year will be held in the NFU Cymru/NFU Mutual marquee at the rear of the building, is listed below.

NFU Cymru Director John Mercer said: “We are looking forward to welcoming members to the NFU Cymru Pavilion at the Royal Welsh Show again this year. We do hope you can find the time to join us at stand E247 alongside the main show ring for a light refreshment and chat, or drop into one of our events or seminars, over the course of the four days.”

NFU Cymru's activities during the Show: 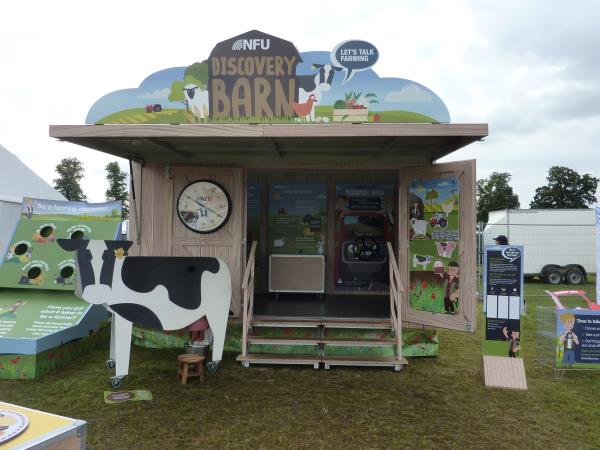 Where: Outside the NFU Cymru Pavilion

Following its inaugural visit to the Royal Welsh Show in 2017, the Discovery Barn is back again this year, packed with fun and educational games and activities in both English and Welsh.

Receptions following each round of competitions will be held at the NFU Cymru/NFU Mutual Marquee everyday immediately after the games.

NFU Cymru is once again delighted to be able to support Wales YFC’s popular Rugby 7s and Tug of War contests. Join us at the Main Cattle Ring to see who takes the spoils. 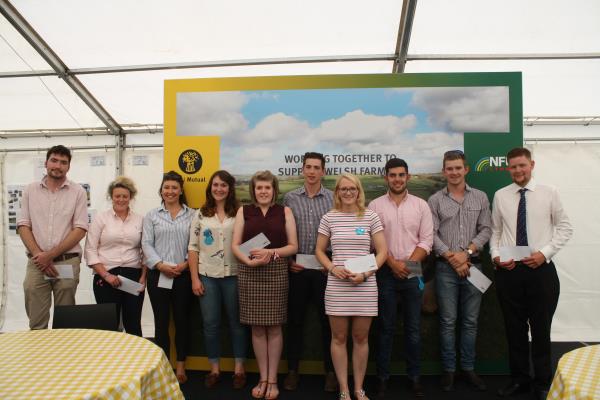 An annual prize-giving presentation to scholars wishing to travel to broaden their knowledge of agriculture. Last year 10 lucky young farmers shared £2,300 to assist with their travel and learning, funded by the NFU Mutual Charitable Trust in memory of the late Gareth Raw Rees. 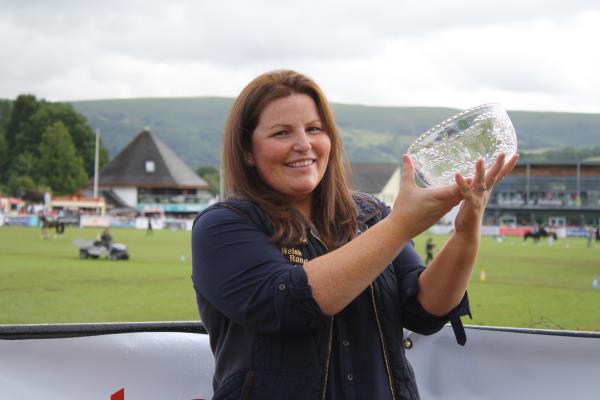 The winner of the annual NFU Cymru/NFU Mutual Wales Woman Farmer of the Year award, now in its 22nd year, will be announced at the NFU Cymru/NFU Mutual marquee. The award seeks to champion the contribution that women make to the agricultural industry and to raise the profile of women in farming. Last year’s award winner was Victoria Shervington-Jones of Country Fresh Eggs in St Bride’s, Newport, who has since become NFU Cymru Poultry Board Chair.

The wine reception at this year’s Royal Welsh Show will celebrate 30 years of the LAS with advisers on hand able to outline it’s benefits as well as providing an opportunity to meet with our two Legal Panel Firms who provide professional assistance via the scheme in Wales – Allington Hughes in North Wales and JCP Solicitors in South Wales.

Join us on our stand between 4 and 5pm to help celebrate a landmark 30th anniversary of our Legal Assistance Scheme (LAS). Read more about the LAS scheme here.

There’s no need to book, just call by on the day and join us in the marquee for a glass of wine to help celebrate the anniversary of this extremely popular service.