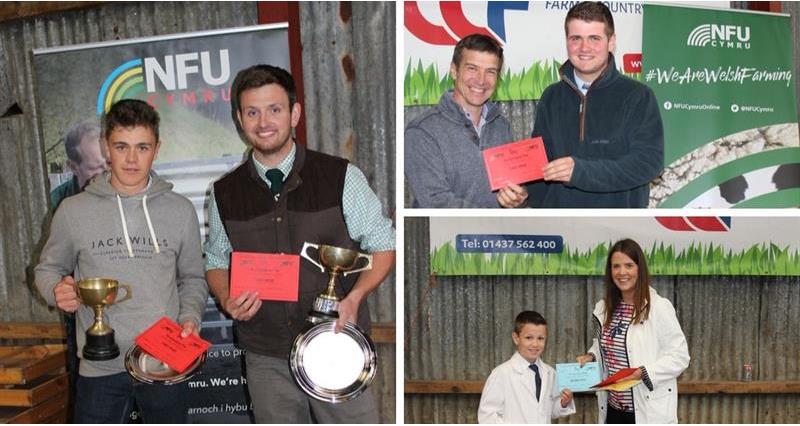 NFU Cymru was once again pleased to sponsor this year’s Radnor YFC Stockjuding day. This year the event was held at Bryndu, Llanbadarn Fynydd by kind permission of Mark, Amanda, Laura and Hywel Watson.

Junior Stockman of the year went to Jack Nixon of Dolau YFC. It was Annie Fairclough of Llanbadarn Fynydd YFC who came in second and Sally Griffiths of Presteigne YFC came in third.

Rob Lewis, NFU Cymru Brecon & Radnor County Chairman said: “Congratulations to all those involved in making this year’s Radnor YFC Stockjudging day such a success. It is always great to see so many youngsters come out to take part in this worthwhile day which builds skills for the future. NFU Cymru is proud to be able to help sponsor the Stockjudging day.”